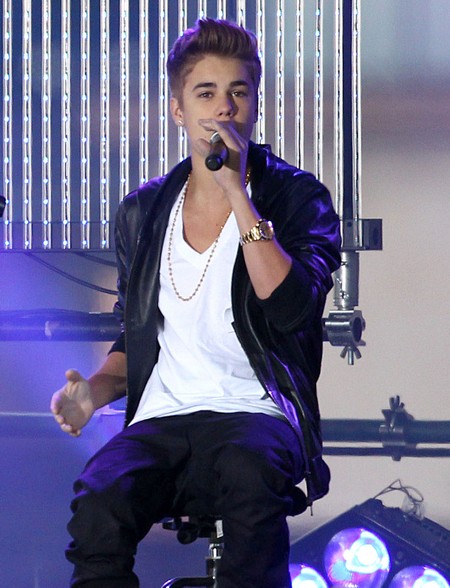 Justin Bieber may be in a serious, long-term relationship with former Disney star, Selena Gomez, but that doesn’t mean he is blind to other women.  During a recent interview done for Rolling Stone magazine the young hotshot was told that Mila Kunis would be at his concert.  How did Justin react?  He lept out of his chair excited to know that the stunner would be in the audience.  Bieber went out of his way to make sure he met Kunis after the performance and asked her what she thought of his show.  All Mila did was tell him that the show was great and Justin blushed like, well, like the teen he still actually is.

The problem is, it’s not just gorgeous celebs that are turning Justin’s head and catching his eye.  Josh Eells, who authored the Rolling Stone piece, also says not long after Bieber met Mila he was again distracted, “A few minutes later, an attractive girl in a tight white dress walks by on her way to the bathroom, and Bieber stares,”

Obviously, as a young, healthy guy Justin is going to notice other women besides his girlfriend, but do you think that all he does is notice?  Let’s face it, he is a superstar and at this point in his life Justin Bieber can very likely bag just about anyone he lays his eyes on.  Do you think he’s faithful to Selena?  Do you think the temptation that is always within his reach and accessible to him becomes too much?   Would he betray Selena if he knew for a fact she’d never find out?  Tell us your thoughts in the comments below!