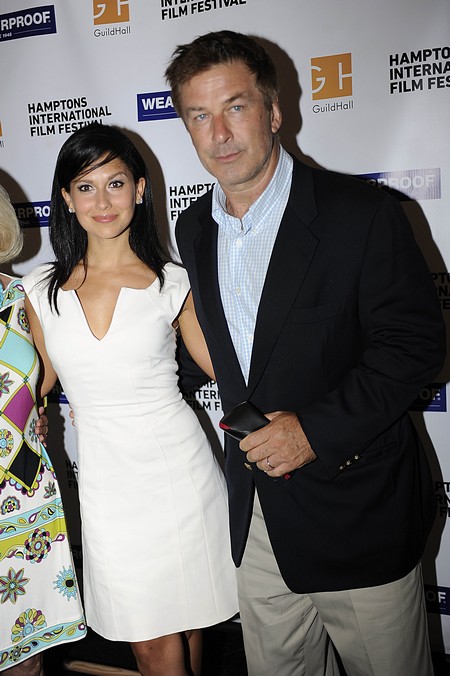 Alec Baldwin has a very smart wife and she recently strongly suggested that he delete his personal Twitter account.  Apparently, even Hilaria Baldwin recognized that very little good had come from her husband’s using the website to rant and rave (in 140 characters or less) about everything and nothing.

Some people just shouldn’t speak to the public on their own behalf and Baldwin is often one of them.  That’s a point he further demonstrated in a trio of baffling tweets before making his final exit from the social networking giant recently.  The National Enquirer did a bit of digging and produced these now lost gems, some of the last tweets made by Baldwin himself.

First he posted on his now-defunct Twitter account @alecbaldwin: “She says, over breakfast, ‘You know that K…sucks everyone’s everything, right?’” Then came: “If I used K…’s toothbrush by accident, I’d kill myself.” And finally: “Her boobs have a disease.”

You know as well as I do that these cryptic tweets were intended to make us wonder who exactly Baldwin was talking about.  There is an obvious “K” that pops into my head and I’m sure she’s the first one that comes to your mind too!  Also, I wonder who the “she” is that supposedly said these things.  His new wife?  A co-worker?  Who knows?  Do you think Baldwin made the whole supposed conversation up just to leave us wondering as he disappears from the site?

Is it a ploy for attention or do you have an idea of who “K” actually is? Let us know your thoughts in the comments below!