Are Vicki Gunvalson and Alexis Bellino Out at RHOOC? 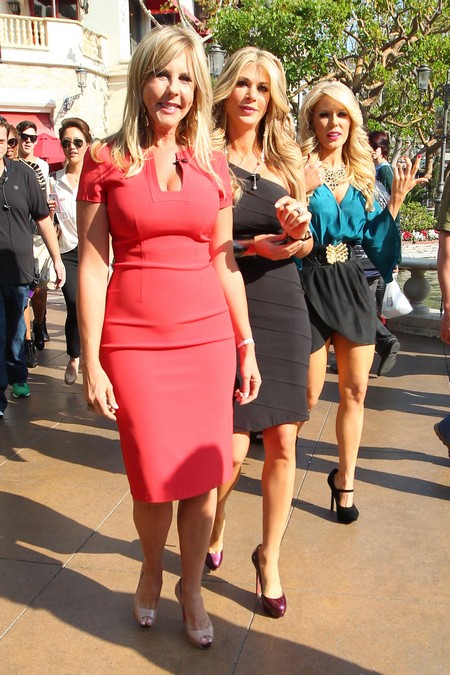 It looks like some changes are coming full speed ahead for the next season of The Real Housewives of Orange County and some favorites’ will be getting the ax!  Vicki Gunvalson and Alexis Bellino are rumored to be the first of three ladies that Bravo is looking to replace.  Evolution Media recently sent out an email calling for “fabulous affluent women and their families who live in amazing homes” to be featured on the show.  It’s a move similar to what was done with the NYC franchise earlier this year, when three of its regulars were cut to bring in fresh women in an attempt to liven things up again.

Why would Alexis be on the chopping block?  Rumor has it that she fell out of favor with the shows producers when she left the ladies scheduled five day vacation after only two days.  Basically she spent more time in the air traveling to Costa Rica then she did on camera in the jungle.

Vicki has certainly brought the drama with deadbeat boy toy, Brooks, the man no one likes.  I can’t imagine him wanting her to leave the show since he appears to be a clinger when it comes to her fame.  Perhaps the producers are sick of watching her be manipulated by this guy?  At any rate, Vicki’s daughter, Brianna Wolfsmith, is said to be under consideration as a replacement for her mother!  Can you imagine the dissention that would cause the family!

If Bravo really were to cut three, which other housewife should go? Do you think it’s a smart move on their behalf?  The new ladies that they brought in to the NYC franchise have actually added precious little and if anything the show is now boring at best.  Do you think OC will suffer the same fate?  Tell us what you think in the comments below!