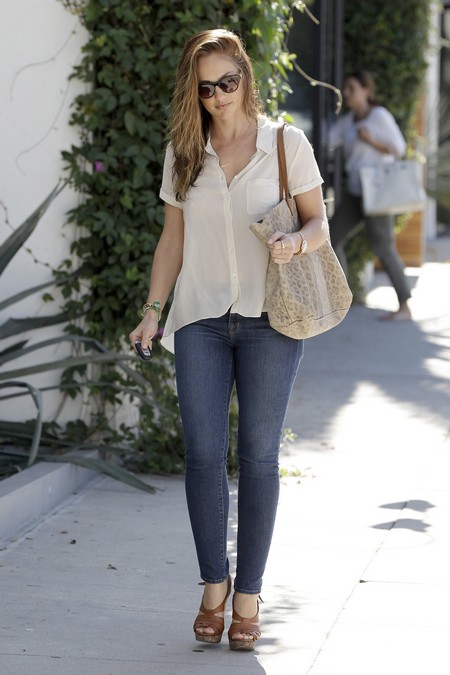 It looks like Minka Kelly is next in the long line of celebrities to have made a sex tape that finds its’ way into the wrong hands.  Not only that but the real question here is whether Minka was still a minor when this ditty was shot of her and an ex-boyfriend.

TMZ is reporting that the 30 minute video, which was filmed in Mexico, is shot in a semi=professional manner and that Minka most definitely knew that she was being filmed.  The camera was actually secured to a tripod and hooked up to a monitor so she was able to watch everything going down between her and her boyfriend at the time.

Here’s where her age comes into question.  The music playing in the background is off of an album of Brandy’s from 1998, which might mean that Mika was 18 when this footage was shot.  However there’s speculation that the music was added later to make possible buyers think she was young, but legal so that the video could then be sold.

The tape itself is being sold to the highest bidder and I’m sure several companies would love to get their hands on it since these tapes always make a ton of money.  Do you think Minka’s attorney’s will try to block the sale and distribution of this video?  Would they go as far as to say that she was underage when it was shot, therefore making it illegal to sell the footage?  Do you think she was under 18 at the time?  Tell us your thoughts in the comments below!

Minka Kelly and Derek Jeter Are Back On