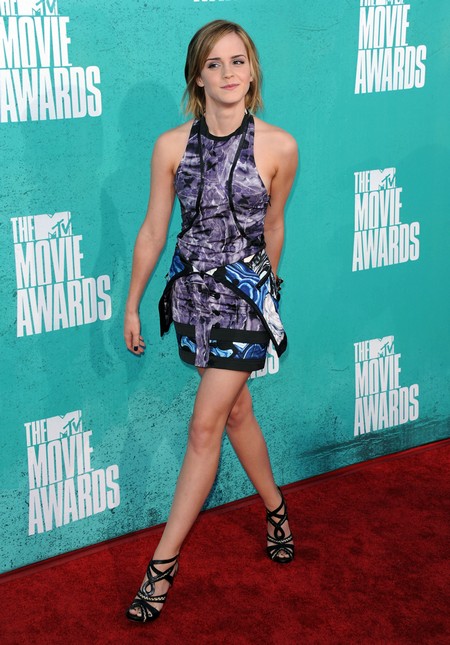 Emma Watson has been named as the leading contender to play the female lead in “Fifty Shades of Grey”. Damn, if only we could say “Accio” and have the books appear out of thin air right now…

If Emma gets the deal, her typecasting days will fly out of the window like Hedwig on a mice-induced drug binge. We all know Emma portrayed the semi-sweet Hermione Granger in the film series of Harry Potter, so this casting will see Emma move away from being a kid playing with erect wands (see what we did there?) to a kinky and orgasmic Anastasia Steele.

Ian Somerhalder (Vampire Diaries) has been touted as the top choice for the role of Christian Grey and the casting of Emma alongside Ian will result in one of the most sexually charged films since “9 and a Half Weeks”, which starred a much younger Kim Basinger and Mickey Rourke.

The plot revolves around Anastasia Steele and Christian Grey’s wild sexual acts, which include bondage, sex, sex, and sex. E.L. James wrote the series of novels, which have since their release, reached cult status. The “Fifty Shades” novels are strong symbolic archetypes of a Freudian society. They express the general need for female sexuality in modern creative work and they create a universe for female readers to explicitly live out their deepest, darkest and most secret sexual fantasies.

The film has been one of the most heated new projects on the Hollywood horizon and almost all of the male actors have been rumoured to be cast as Christian Grey. The “Fifty Shades” novels are not merely a backdrop to a sexually charged society, but they also create a safe place for readers to explore their deviant imaginations.

We hope the ladies (and men) who enjoy reading the novels don’t say “Expecto Patronum” when their significant others are in the room, because this spell, according to Harry Potter’s official Wiki page, “Conjures an incarnation of the caster’s innermost positive feelings, such as joy or hope, known as a Patronus. A Patronus is conjured as a protector, and is a weapon rather than a predator of souls.”

Renier132 posts0 comments
You might also likeMore from author
Movies