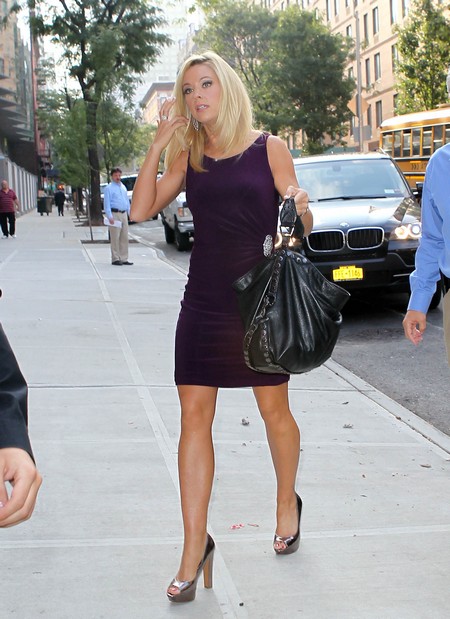 Did you really think that Kate Gosselin wouldn’t find her way back to television somehow?  C’mon now, a normal job was never going to be on her bucket list.  What is on that list though, is finding a new man to (torment) love.  According to E! News, the divorced 37- year old, mom of 8 is looking for a man and she believes the best way to bag one is by doing a reality dating show!

“She is ready to get back into the dating game,” a source tells us. “She is ready to find love again and to move on from her past. She’s excited; this is a chance to start something new.  She finds it hard to meet men in her day to day life,” the source continued, “and so a dating show will give her exactly the help she needs. She is willing to travel around the country in order to meet Mr. Right”

Has Kate forgotten that everything else that she has done solo on television has ultimately failed? Kate Plus 8 was a dud and she was ripped apart for her stint on Dancing with the Stars.  Looking for love on national television sounds like an epic fail in the making.  Despite that she is currently shopping the idea to different networks.  Why does she want to attempt this now?

“She looks fantastic,” our source adds, “and she’s in a really great space. She’s in fantastic shape because of all her marathon training, this feels like the right time for her.”

Will you tune in if Kate’s reality dating show makes it onto the air?  Let us know your thoughts in the comments below!