Kim Kardashian Takes A Nasty Shot At Paris Hilton, What A Hypocrite! 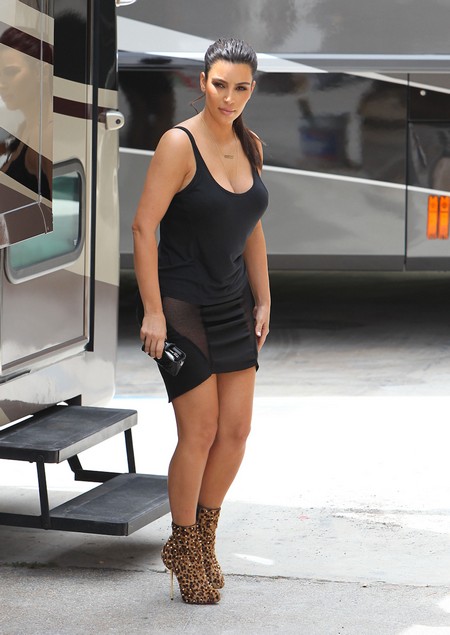 On the most recent episode of Keeping Up with the Kardashians, Kim Kardashian helped momager, Kris Jenner on a covert operation.  They were spying on Bruce Jenner and his hot ex-model golf date, Angie Everhart.  Kris makes a comment about how they should be using a night vision camera and Kim quickly quips,

“No. That was Paris Hilton.” Of course, Kim is alluding to Paris Hilton’s infamous sex tape, which was filmed with a night vision camera. It’s not the first time a Hollywood starlet took a shot at another, but has Kim conveniently forgotten her own past?

Does she think that just because she refuses to acknowledge it, the rest of the world forgot about her video from a few years ago?  It sounds like Kim is doing everything to try and distance herself from her own sex tape, the one rumored to be made with (occasional) R&B star, Ray J, at her own mother’s suggestion!

Even new boyfriend, Kanye West, has forbidden those around him to even mention Kim’s past fame-seeking indiscretions.  There’s nothing wrong with putting distance between yourself and your mistakes, as long as you don’t start throwing rocks at someone else.  Kim’s living in a glass house here and she looks like a complete hypocrite. Frankly, night vision is a whole lot better than a golden shower directed by your mother!

Do you think Kim’s shot at Paris was fair game or completely uncalled for, all things considered?  Tell us what you think in the comments below!