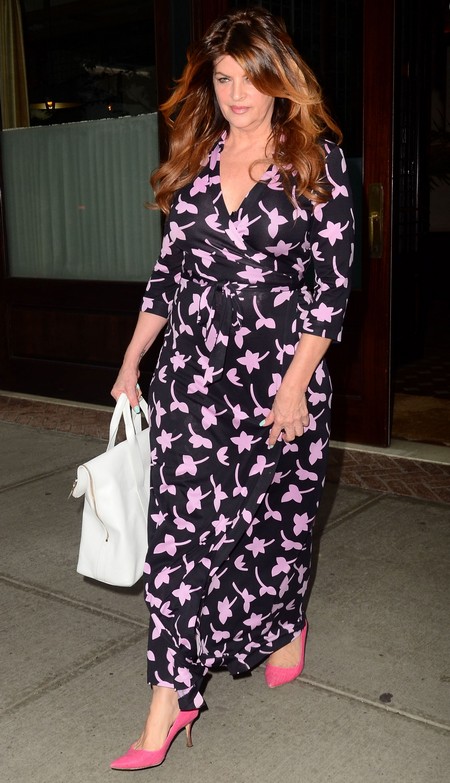 Kirstie Alley has been hocking a weight loss product on QVC called Organic Liaison and has claimed that the supplement had helped her to lose 100 pounds.  Not so says Marina Abramyan who recently filed a lawsuit against Alley and Organic Liaison.  The California woman claims that Alley slimmed down thanks to a very low calorie diet and by working her butt off on Dancing with the Stars.

“In peddling the Organic Liaison Programs, Ms. Alley attributes her weight loss to the program, but in reality, Ms. Alley’s weight loss is due to nothing more than the tried and true concept of diet and exercise,” the suit states.

Abramyan used the product and didn’t have the same results that Alley claims to have had.  Instead the plaintiff in the class action suit has come to the conclusion that the product is just extra calcium and fiber, not in actuality a weight loss supplement.

Wait a minute, isn’t good old fashioned diet and exercise SUPPOSED to be a part of ANY weight loss program?  Did Abramyan think that she was getting a magic pill that would make the extra pounds just evaporate into the air?  Even if she did think this stuff was magic, everyone knows that Alley had busted her butt on Dancing with the Stars so isn’t it common sense that her training most definitely advanced any kind of weight loss regimen she may have been on?

Will this suit get tossed out sooner rather than later?  Do you think false advertising is to blame here and the plaintiff will win?  Let us know your thoughts in the comments below!