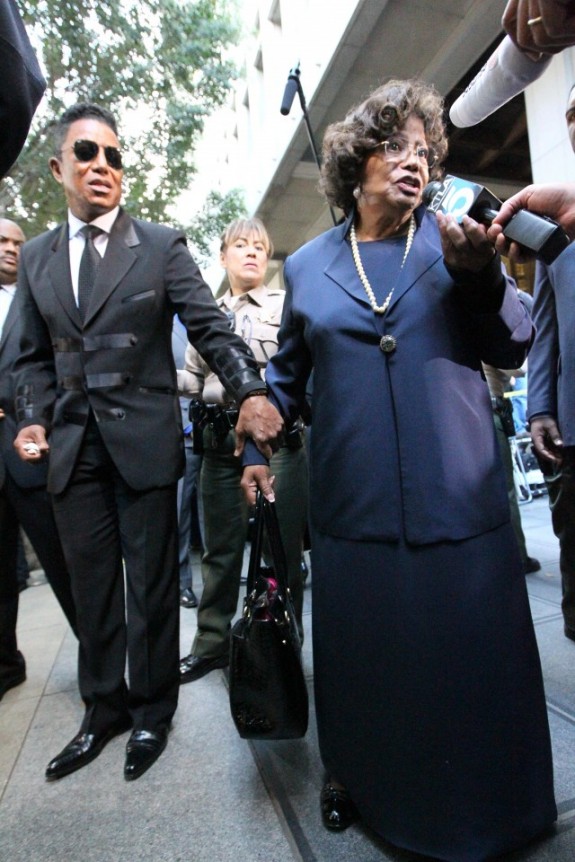 Jermaine Jackson has taken to Twitter to address the situation on his mother, Katherine Jackson disappearing, with reports claiming she had gone missing since she hadn’t been in contact with her grandchildren for at least a week. The mother to the Jacksons – and now taking care of Michael’s kids – was said to have gone to Arizona to rest, due to her doctor instructing her to do so.

However, it’s not clear why a relative, close to the family, filed a missing report. Despite the misunderstanding, Katherine had told police officers herself that she was fine, and explained the situation, adding that going to Arizona to stay with family members was the best decision to do.

Her son,  Jermaine Jackson explained on his Twitter page: “Let me put to bed today’s nonsense: as I made clear some days ago, Mother is safe and well in Arizona with her daughter and our sister, Rebbie, resting up on doctor’s advice, so it is beyond me how she can be reported ‘missing’,” Jermaine wrote.

He continued: “This incredulous claim was made for reasons best known to the adult/s who filed it but it seems no accident that it comes after we, the sons and daughters, put in place care-taking for our own mother, taking her to Arizona in line with doctor’s advice following a check-up.

“Furthermore, it dismays me that such an alarmist ‘missing person’ report has caused unnecessary anxiety among Michael’s children who will understandably react to what they misunderstand, hear or are told. No-one is being ‘blocked’ from speaking with Mother. She is merely an 82-year-old woman following doctor’s orders to rest-up and de-stress, away from phones and computers.”

Jermaine concluded: “Everyone has been well aware of this within the family, but I would like to reiterate my reassurance to the outside world that Mother is fine. In the meantime, thank you for all your thoughts and concerns.”