Tom Cruise Moving To New York To Be With Suri Cruise 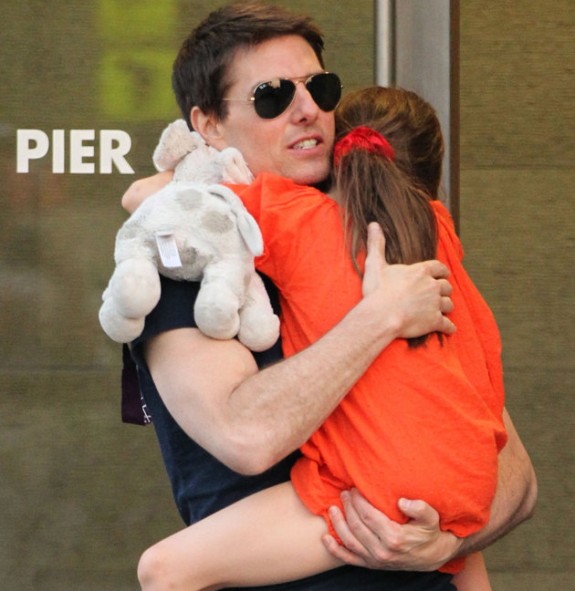 Tom Cruise is planning to move to New York, according to reports. The actor wants to move to the city to be close to Suri Cruise, as the divorce has put his relationship with his daughter in jeopardy – the two spent time together last week for the first time in four weeks.

Cruise, who lives in Los Angeles, recently finished shooting his movie ‘Oblivion’ in Iceland, he’s been working non-stop throughout the time Katie Holmes was planning the divorce with her father. Now, he’s looking to move to New York, in hopes to stay closer to Suri, and perhaps – though there possibly isn’t a chance – reconcile with his estranged wife.

“Tom’s looking for a new home here. He wants a fresh start. He doesn’t want to go back to the East Village apartment where he was living with Katie,” the insider said. “[He doesn’t want to] have to deal with going through a lobby, and people outside all the time.

“He also wants to have a nice amount of space for Suri, with outdoor space. That could mean high-end luxury apartments, but he’s also looking at houses outside of the city or in gated communities.”

No official comment on him moving to NY has been made yet, but it can be expected within the next few weeks.