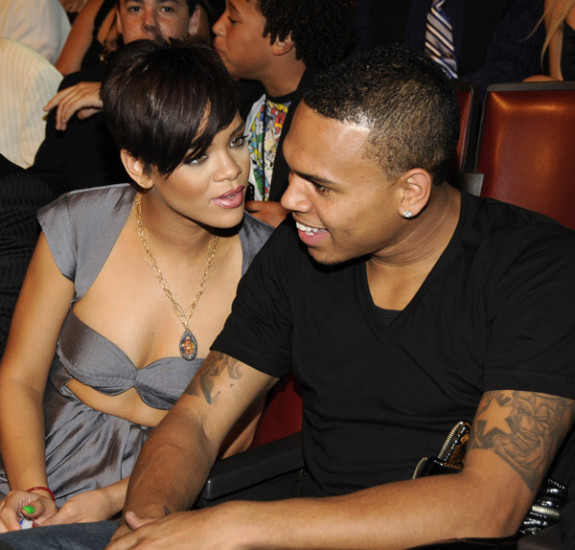 Chris Brown‘s team has denied reports that he flew out to France just because Rihanna was there. The two, who have allegedly had a on-again, off-again relationship since their massive bust up in 2009, are back on speaking terms, while both of them constantly retweet each others’ posts on Twitter.

The odd thing about the situation was that Chris’ current girlfriend, Karrueche Tran flew with the singer to St. Tropez. TMZ’s Harvey Levin has joked in the past that Karrueche needs to open her eyes and realize that Brown’s cheating on her, or maybe she’s just too blind to see it. Whatever the case, according to Chris’ people, he was only in France to shoot a music video, and party a little with his friend Ludacris and Swizz Beatz.

“[Chris Brown] is in France to shoot a music video for [the] Swizz Beatz album and Ludacris is in it. It’s Swizz’s song,” his representative said. “[Chris’s girlfriend] Karrueche [Tran] is there with him… They never broke up. He is not on [Rihanna’s] yacht. There is no Rihanna connection.”

What do you believe? The reps or the rumors?… We’re sticking with the rumors.