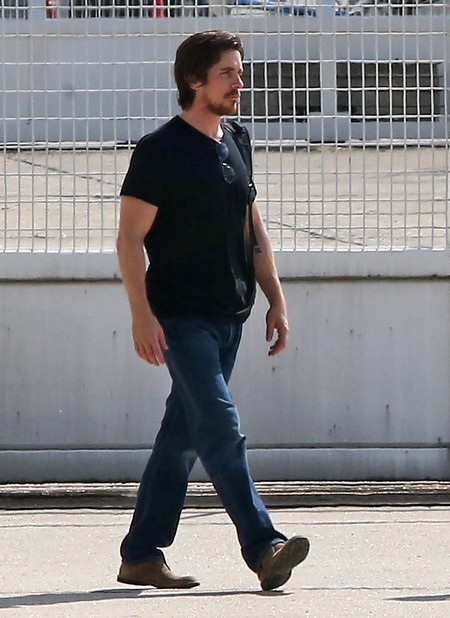 The terrible tragedy that occurred last Thursday in Aurora, Colorado has greatly impacted many people – the stars of The Dark Knight Rises more so as the shooting took place at the movies premiere.

So when pictures started surfacing of Christian Bale, who plays Batman, visiting the victims recovering in the hospital, my heart melted.  Christian, along with his wife, spent about 2 hours at the Medical Center of Aurora.  He met with five people being treated as well as two others who were brought to a different hospital.

The president of the hospital Bill Voloch said that Christian’s visit to the hospital was “good for the patients”, and that he hopes it was therapeutic for them, and that all the staff really appreciated him coming.

I think that it’s amazing what Christian did, small things go a long way and I’m sure it meant the world to the victims.  Over the weekend Christian released a statement regarding the horrifying massacre.

“Words cannot express the horror that I feel. I cannot begin to truly understand the pain and grief of the victims and their loved ones, but my heart goes out to them.”

Christian and his wife also visited a memorial made for the victims before going to the hospital.  One of the victims, Carey Rottman, tweeted a picture of the actor visiting him in the hospital.

“Wow!!! Thank you so much for the visit Christian!! What a great guy! Still in shock!”

So Christian Bale is absolutely awesome and I love him.  Great guy in my books.  I definitely think Anne Hathaway should step up to bat and pay a wee visit…just saying.