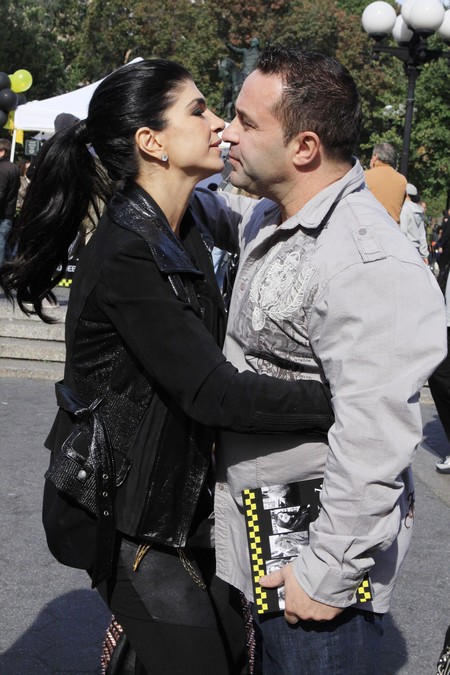 After each and every episode of Real Housewives of New Jersey it becomes more and more apparent that Teresa and Joe Giudice are leading very separate lives.  I mean, in spite of Teresa swearing before the camera that they are great, it’s obvious they can’t stand each other.  Last week their little daughter, Milania, dropped the bombshell that they sleep (or live, as she put it) in different bedrooms.  This week Joe admitted to leaving his wallet in another woman’s car.  He wouldn’t tell Teresa any more than that but after all the rumors of his infidelities, that was plenty.

Also during that car ride Joe ripped his wife apart and ended by insulting her driving and parking skills.  That’s kind of funny considering the fact that Joe can’t legally drive because of all of his shady criminal activities.  Once inside he belittled her trying to get just the right flavor for her new brand of Bellini’s called Fabellini and then grumbled about how much he hates her book signings.

It is obvious that this couple has been faking it for the cameras for a long time.  The problem is that truth always comes out and the truth about their crumbling relationship is starting to seep out into every new episode of RHONJ. Even Caroline Manzo predicts that Teresa will leave Joe and set a good example for her little girls.

How long before these two admit that it’s all over?  That’ll be something Teresa can sell to the magazines and we all know how much she loves selling stories!

Tell us your thoughts about the Giudice’s in the comments below!