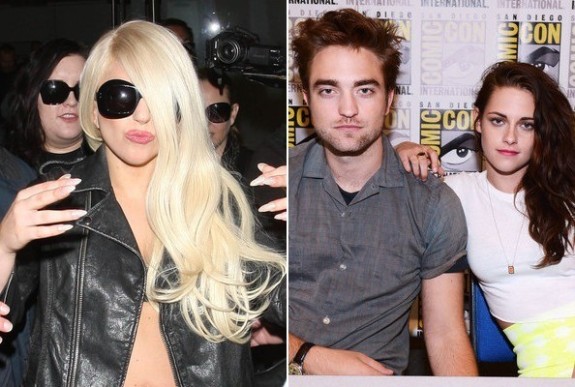 Pop singer, Lady Gaga has shared her concern on her official Twitter page yesterday, after the news broke Kristen Stewart had an affair with her Snow White and the Huntsman director, Rupert Sanders. Her relationship to Robert Pattinson and her acting career have been put in jeopardy since she released a statement, confirming that she did cheat on Pattinson, who she says she loves so much.

While many celebrities and fans were shocked by the news, Gaga showed her support for the two actors, hoping that “they are okay”, adding that she is saddened by how the media reacts to these kind of stories. The singer who is currently on tour, wrote: “Geez this Kirstew Rob stuff is brutal. Makes me sad the way press acts. Hope they’re OK.”

Yesterday, Kristen released the following statement, adding that she was wrong for the actions that she had chosen to take and the people she may have embarrassed by doing so, saying: “I’m deeply sorry for the hurt and embarrassment I’ve caused to those close to me and everyone this has affected.

“This momentary indiscretion has jeopardised the most important thing in my life, the person I love and respect the most, Rob. I love him, I love him, I’m so sorry.”