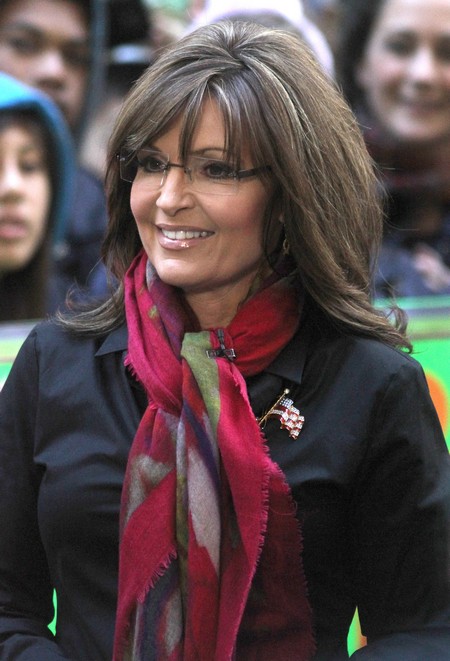 Have you tuned in to Bristol Palin: Life’s A Tripp on Lifetime yet?  It’s about Bristol Palin moving to LA on her parent’s dime with her son Tripp and sister Willow.  It’s supposed to be a realistic depiction of the life of a single mother struggling to make her way in this world.  The show has been panned by critics far and wide and on Tuesday Sarah Palin offered her two cents about the show while at an NBC cocktail party on Tuesday saying,

“Haters are going to hate. I think it’s clever, it’s absolutely real and I’m proud of the girls. Her show today I think is very positive, it’s very realistic in terms of showing what single motherhood really is, It’s not like the Teen Mom  — partyin’, woo-hoo! – fun, glamorizing single motherhood.”‘

Bristol may not be out “woo-hoo partyin’” but she has gotten herself into a bar fight, made homophobic comments and her 3 year old son stunned viewers with a racial slur of his own!  The comment made by little Tripp caused Bristol and her sister to collapse into giggles on camera.  Surely there are better examples of single motherhood to bring into our living rooms.  While the Teen Mom gang is often in trouble, they are holding down jobs and worrying about paying their own way and providing for their baby. I think that makes them far more relatable than Bristol.

Is it time to pull the plug on Bristol’s show and send her back to Alaska with her mother?  Tell us your thoughts in the comments below.