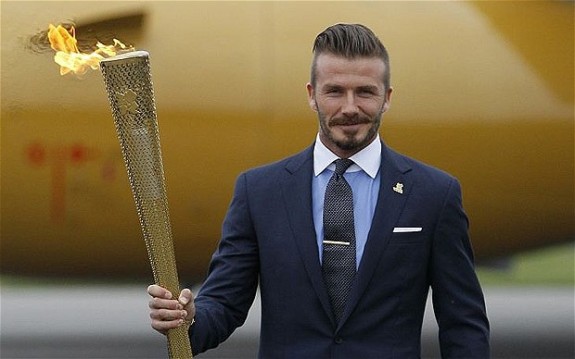 David Beckham has said that the 2012 Olympics Opening Ceremony has given him goosebumps after seeing a preview of it. The soccer star recently announced that he had been offered a “small part” in something he explained “a once in a lifetime opportunity,” adding that after watching the rehearsals, he’s positive that viewers are going to be amazed.

“I have been lucky enough to have been involved in some amazing sporting moments in my career, but nothing can compare with what is about to take place in London,” he wrote in The Sun. “You can feel the excitement building to a fever pitch wherever you go in the country and I am as excited as anyone… It gives me goosebumps just thinking about it.”

Beckham added why he thinks having the Olympics is so special – referring to the royal family, The Beatles and the centuries of history for making it even more spectacular: “I know I am biased but, what the rest of the world will see, I don’t think any other country in the world could do it better.”

“No other country could offer an opening ceremony which includes the Queen, our royal family, James Bond, Shakespeare, The Beatles, country villages, NHS nurses, centuries of history and some of the greatest music ever produced. It is an amazing mix that represents exactly what makes Britain so great… I am honored to have a very small part in the opening ceremony and I feel privileged to be involved.”