Derek Hough Ready to Leave Dancing with the Stars 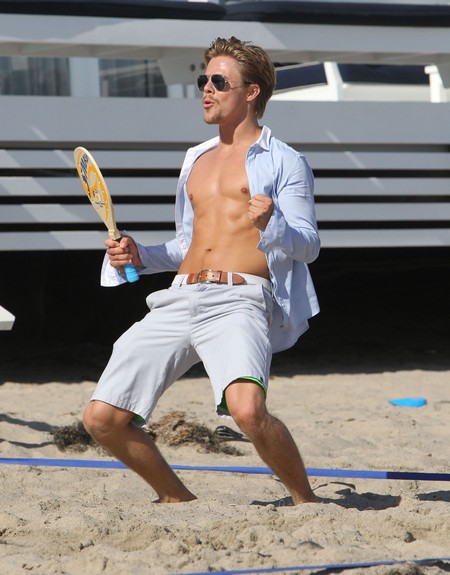 All good things come to an end and it looks like Derek Hough’s time on Dancing with the Stars will end after this new season wraps up.  The Latin American Champion came to the show on the heels of his sister Julianne and quickly won over the audience with his slick moves and charming personality.

Derek is set to star in the dance musical ‘Cobu’ next year; a movie about a romance between two dancers who get caught up in the middle of a feud between their respective brothers who both own underground New York dance clubs. He spoke to USA Today about his career and juggling projects. Here’s a snippet,

‘It’s really difficult to do both, impossible really. DWTS is fulltime… there is zero flexibility.  And I want to do other projects. I want to push myself into other areas.’ He went on to say that if he leaves it would be his 10th season which he describes as ‘a great benchmark’. ‘This season is kind of my swan song’, he said. ‘It’s my last hurrah.’ He also added that it was ‘important’ for him and his future career to take this chance.

Derek isn’t the only one who thinks that he’s ready to move on. So You Think You Can Dance judge, film producer/director/choreographer extraordinaire, Adam Shankman, couldn’t agree more saying, ‘I think he’s the next [breakout star}. He feels a moment away to me.’

Will you be sad to see Derek leave DWTS’ behind even if the grass truly is greener for him?  Tell us your thoughts in the comments below!