Gary Head Claims to Be Over Teen Mom Jenelle Evans 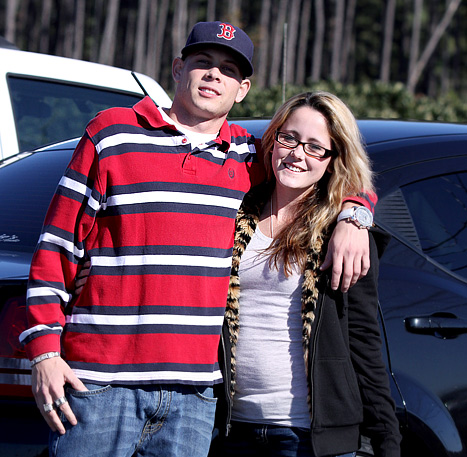 Usually when you’re over someone that’s it, it’s done and there’s no need for words.  Gary Head managed to keep his mouth shut for a little while when Teen Mom star, Jenelle Evans, dropped him like a hot potato a few months ago in order to return to the arms of her ex, Kieffer Delp.  After taking a little time it seems that Gary wants everyone to know that he is over Jenelle, tweeting,

“I’ve stood beside you, and I’ve been under you. But now I’m feeling the best, now that I’m OVER you,” a message quite obviously aimed at his ex.

If you check out Gary’s Twitter feed, many of this weekend’s tweets are in reference to Jenelle such as this,

“Everyone is asking me do I miss JE? Yes, But I also miss high school. Does not mean I want 2 go back. College was so much better.”

I guess he is healing but not quite over her if he still feels the need to discuss her as much as he has these past few days.  I think when Gary is over her for real he won’t feel any need to announce it to the masses.  At least he is smart enough to realize that missing her is one thing, going back to her would be quite another.  There has to be a better life for him without Jenelle and her drama.

Do you think Gary is really over Jenelle, or just starting to heal?   Did you like them together as a couple or do you think they are much better off now that they’ve gone their separate ways?  Tell us your thoughts in the comments below!