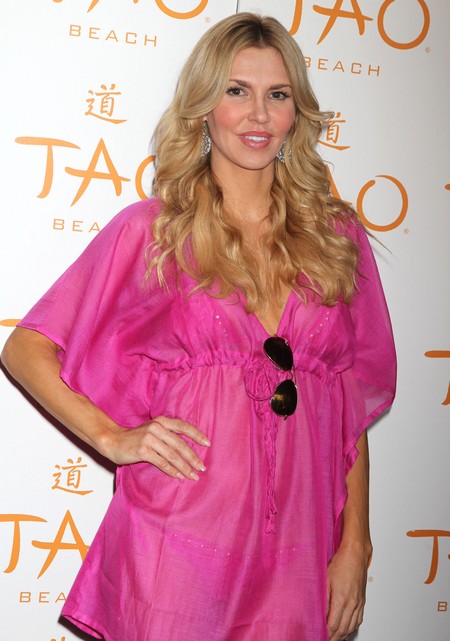 Brandi Glanville has taken to Twitter and used more swear words than a sailor who cracked his fist on a bottle of rum. She spoke about Kristen Stewart and said that she isn’t the only one to blame for the affair, but that Rupert Sanders also has dual responsibility. What?

The Real Housewives “star” wasn’t happy about Kristen’s fling with Sanders, because “it hit too close to home”. She wrote on Twitter, “F**k people I have always said it take to and a man can’t be stolen he has to want to leave.” [sic]

Dude, what’s wrong with your grammar and spelling?  She continued in this expletive laden rant, “Home-wreckers come in PAIRS now F**K OFF.” [sic]

Yes, we all realize that home wreckers can be bought at the local market on sale and that their pairing usually results in tears and closet locks being broken. Brandi’s former husband Eddie Cibrian had an affair and left her for LeAnn Rimes, so she knows all about the cheating thing.

Kristen and Sanders released public apologies, with both referring to their significant others in the content. According to Kristen, the affair “was a momentary indiscretion”, but Liberty Ross’ (wife of Sanders) brother Leopold Ross was reported by RadarOnline as saying that it was not just a “momentary indiscretion” and that the affair has been going on for months.

We agree with Brandi that both of these people are to blame for the affair, but there’s no need to go on Twitter and bitch like a lunatic with terrible spelling. We all know you have issues over Cibrian, but the general public is not your Dr. Phil. Get off Twitter and do something proper for a change, like being normal.