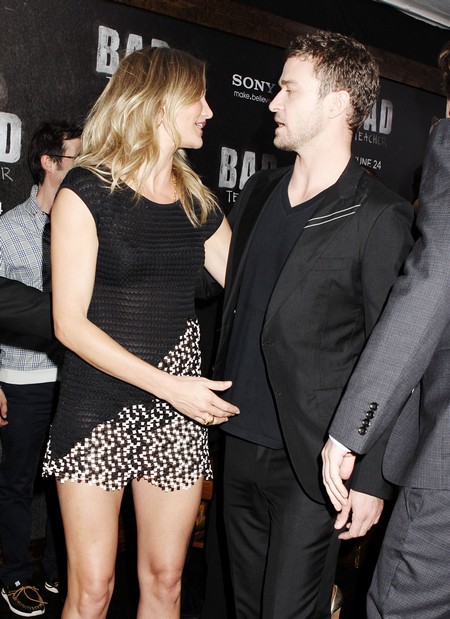 Nothing throws a wedding plan into a tailspin quite like a confession from an ex and that is exactly what left Jessica Biel reeling recently.  The beauty is engaged to Justin Timberlake after five years together and planning an elaborate wedding but she was thrown for a loop by a recent interview with Timberlake’s ex, Cameron Diaz. The newest issue of the National Enquirer has the simple quote that made Biel’s blood boil,

“Justin and I had a journey together and still do. It changed, but I’m fine with that and so is he. I will always love the man in so many different ways.”

Apparently Biel took this as Cameron’s special way of letting Justin know that she’d still be there, if he wanted her and that concept tapped into all of Biel’s insecurities.

“Jessica has always been threatened by Cameron’s close relation­ship with Justin,” said an insider. “And she believed Cameron was saying that if Justin was having second thoughts about the wedding, she would be waiting for him with open arms.  Jessica was deeply concerned that Justin could be getting cold feet about marriage,” the insider divulged. “She basically told him that if he didn’t cut contact with Cameron, he could forget about marrying her.”

Justin has been known to be quite the player and throughout his relationship with Biel he has been caught with various other women, so is she a fool to think he’ll be faithful to her now?  I mean, what has changed for him?  Can you see him hooking up with Cameron again?  Do you think he and Cameron made a better couple? Tell us your thoughts in the comments below.