Is Chris Brown Against Frank Ocean’s Decision On Coming Out? 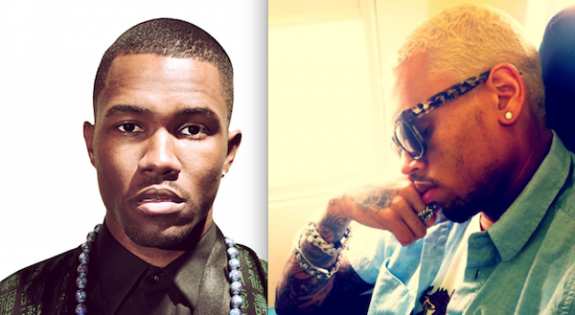 Chris Brown has denied reports, claiming he made a homophobic slur at Frank Ocean when asked on what he had thought of the singer’s new album ‘Channel Orange’. The R&B star, most famously known as the man who beat up Rihanna, left fans stunned when he allegedly made used the phrase “no homo” upon being asked on his thoughts on the record.

However, quick to deny these allegations, Brown hit up his official Twitter page to set the record straight, saying that people should stop searching for bullsh**, adding that Frank can love who he wants to love… it’s his decision. He says: “HUH??????…Are we still in ‘mental highschool’?” he asked. “My Opinion on the whole Frank Ocean subject is ……… Love who u wanna love. It’s ur decision.

Another tweet was sent to his millions of followers within minutes, where Chris continued: “People stop searching for BS…Everyone is so quick to point the wrong fingers at each other! Ask urself… Am I Doing everything I can to help the world ????”

This story comes just days after he was linked to have been traveling to France to spend time with Rihanna. Despite it making sense, seeing that the two have been spotted at the same clubs in recent weeks, a spokesperson for the singer says: “[Chris Brown] is in France to shoot a music video for [the] Swizz Beatz album and Ludacris is in it. It’s Swizz’s song. [Chris’s girlfriend] Karrueche [Tran] is there with him… They never broke up. He is not on [Rihanna’s] yacht. There is no Rihanna connection.”