Report: Feud Between Teresa Giudice and Melissa Gorja Is Over 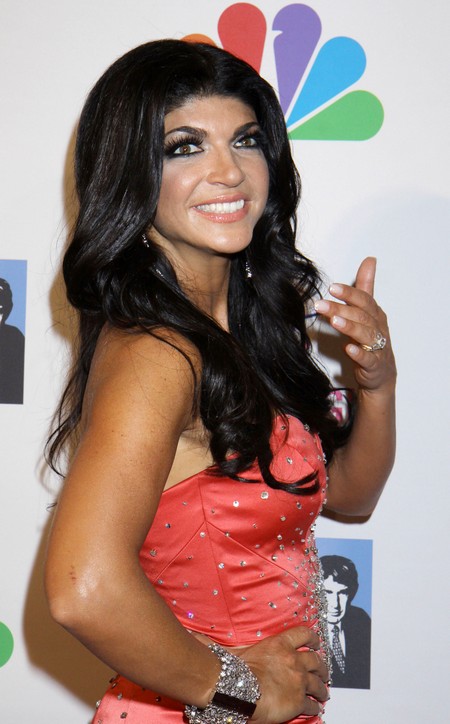 Did you catch the latest episode of Real Housewives of New Jersey?  If not then you missed what just might be the beginning thaw in the cold war that has been waged between Teresa Giudice and Melissa Gorja for years.  Teresa has long hated Melissa and blamed her for taking her brother, Joe Gorja, from her.

More often than not, Teresa’s ugliness has shown by making snide, cutting remarks and making fun of the entire Gorja family. That seems to slowly be changing though.  Perhaps Teresa is having a genuine change of heart or it’s because nearly everyone else has turned on her and she needs an ally, whatever the case, these ladies seem to be connecting. Apologizes have been traded and both Teresa and Melissa are (it seems) genuinely trying to support each other now.

Last night’s episode appeared to be a huge turning point in the ladies relationship because after Teresa finished complaining about Kathy Wakile and rattling off her list of problems with her, Melissa gently suggested that if Teresa is on the outs with just about everyone, then maybe Teresa is actually the problem.  The insinuation alone should have led to an immediate fight and then interview clips with Teresa lashing out at Melissa for even suggesting such a thing.

Instead Teresa listened and seemed open to the possibility that she could be making things harder for herself!  Now, we’ll learn her official position later this week when Teresa posts a new blog about the most recent episode, but in the mean time it looks like this is one relationship that might just be tip toeing towards repair!

Do you think that Teresa and Melissa will really mend fences and learn to really get along?  Can Teresa be close to anyone for very long or do you think she’s just using Melissa because she has lost everyone else? Tell us your thoughts in the comments below!