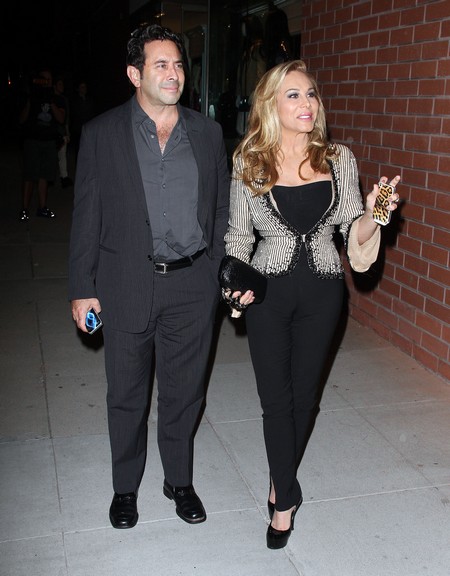 Real Housewives is to reality television what diabetic Coke is to non-diabetics – it’s addictive, but doesn’t punch you in the goiter with caffeine and sugar.

Adrienne Maloof has been aloof to her husband, plastic surgeon Dr. Paul Nassif, and there are rumours that the two are heading to Splitsville. Paul plans to file for legal separation later this week, after popping a breast in his office that plays Foreigner over the speakers all day. They have three kids (and massive amounts of money). You don’t say!

A source told TMZ, “There is no other person. It’s for a variety of reasons that they are contemplating separation. Adrienne was dragged through the dirt during filming of the upcoming season, and it really wore on her.

Paul and Adrienne have always fought, it’s how they were as a couple. However, at this point, they realize that they are just want very different things, and neither one of them is happy in the marriage.”

What different things do they want? She is a successful reality television star with neuroticism to boot and he has the world at his fingertips (literally).

The source continued, “Neither one is ready to pull the plug and file for divorce, they are trying to figure out the best way to deal with this, and there is a lot of love between Paul and Adrienne.”

We’re glad to hear there is some love between the two, but divorcing from each other doesn’t really bode well for the hopeless romantics and poets among us, now does it? Shakespeare would have killed for this.

Maloof didn’t go with her fellow cast members to Paris recently, because she is allegedly fed up with all the drama. She rather stayed at home and threw a cup of coffee at her husband, or so we imagine. She’s divorcing from the surgeon, there’s no denying that. Maloof should have a few drinks and punch Lisa Van Der Pump, because nothing removes the stress of divorce like punching someone with a name that sounds like a sex addict recently out of rehab.

Let us know in the comments below what you think about the durhaaama!