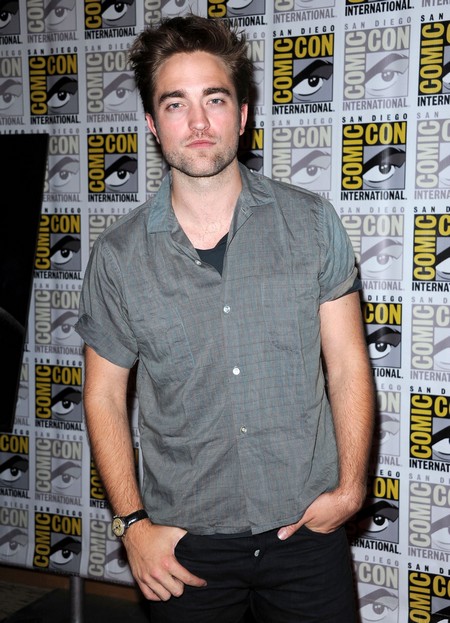 Robert Pattinson’s world appears to have radically changed since finding out that his girlfriend of three years, Kristen Stewart, was cheating with director, Rupert Sanders.  He appears to have moved out of the home that he had shared with Stewart and is now staying at a local hotel until he figures out what comes next.

Rather than looking to friends for support, The Sun reports that he has preferred the company of strangers saying,  “Robert has resorted to asking strangers out to keep him company. He went out for drinks with a woman staying in his hotel and he told her it was ‘ridiculous’ he had nobody to talk to. He’s been spending most of his days off playing computer games.”

I don’t think it’s too surprising that Rob would choose to deal with the situation for the most part, by himself.  He is such a low-key guy that I’d imagine the publicity alone is embarrassing the crap out of him.  He probably doesn’t want to be around family or friends that will ask a bunch of questions and grill him on what he’s going to do now.

Speaking of what will come next, what do you think will happen with these two?  Will Rob forgive her and eventually take Kristen back?  Do you think there’s any way at all that he can allow himself to do that or do you believe this relationship is truly over and done with?  Will Kristen even bother trying to win Rob back or do you think she’ll just accept that she blew it and let him go? Tell us your thoughts in the comments below.