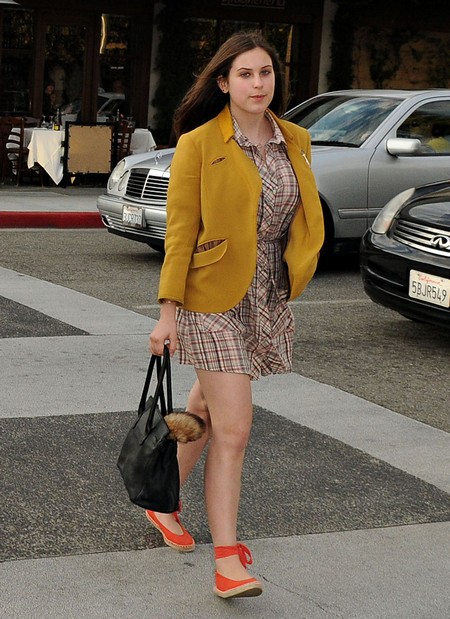 Bruce Willis and Demi Moore‘s daughter Scout LaRue Willis was popped in June 2012 for underage drinking!   Scout was caught carrying an open can of booze in Manhattan’s Union Square. After she got caught, she showed an ID that was fake. Double whammy.  Scout worked out a deal and is going to be walking away with a slap on the hand.

TMZ has the scoop: Long story short — Scout’s getting off pretty easy … she worked out a deal with prosecutors in which they agreed to dismiss the case entirely if she completes 2 days of community service and stays out of trouble for 6 months.   Scout’s clean record and outstanding grades at Brown University scored points with prosecutors … who agreed she doesn’t deserve a harsh punishment, like jail.

Since when does good grades allow you to behave badly?  The message her is do well in school and you can do what you want!  I think she was given a slap on the hand less for her grades and more for who her parents are.  What do you think, what her sentence unfair?  Hit the comments and let us know!