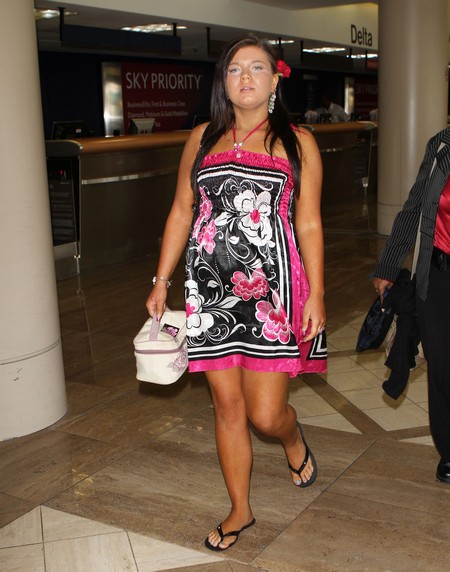 Just because you’re on MTV and you have some sort of income coming in, that doesn’t make life a piece of cake and Teen Mom’s Amber Portwood is a prime example of a young mother who is struggling.  Tuesday’s episode of the hit MTV reality show shows Portwood battling her own demons.  The young mom has just completed a rehab stay at Seasons Recovery Center in Malibu, Calif. and returns to her Anderson, Ind., hometown where she has trouble adjusting to life with ex-boyfriend Gary Shirley and their daughter, Leah.

“I’m stressing,” Portwood tells her cousin Krystal in a preview clip from the episode, which was filmed months ago. She adds that she’s having trouble working with Shirley — Leah’s guardian — to arrange visitation. “Sometimes I wish I could go back to rehab. How sad is that? Sometimes I don’t know how to live anymore.”

Not long after this was filmed Portwood opted out of probation and instead chose a five year prison term because she believed that as long as she had free will, she would ultimately make bad choices.  Upon entering jail she told ABC News, “I was very depressed, all alone, all bitter at everybody. I felt like that wasn’t the life I wanted to live, I felt like I’d rather do my time, and get it over with, and make the best out of the situation that’s been handed to me.”

It’s sad to know that anyone would feel so powerless over their demons that being in jail with no options feels the best decision. Do you think Portwood made the best choice for herself and for her three year old daughter?