‘Kris Jenner Is Like My Second Mother,’ Giuliana Rancic Talks Jenner’s Advice On Being A Mother 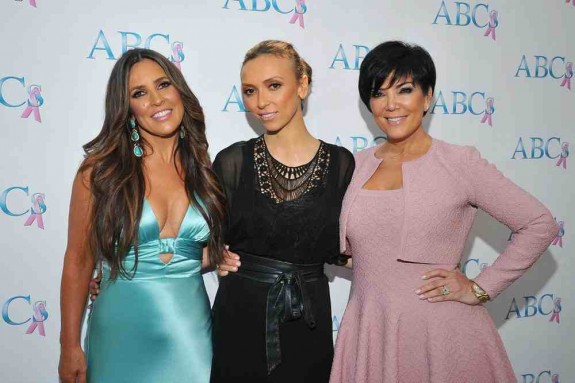 Kris Jenner has handed her very own advice on being a mother to E! News correspondent Giuliana Rancic. Kris who has six children – Kendall, Kylie, Kim, Khloe, Kourtney, Rob – has been replying to Giuliana’s emails on motherhood “in paragraphs,” where G adds that at times when she may only write a one line question, she gets thorough information from the momager.

“Kris Jenner is like my second mother,” Rancic confessed. “Kris gives me the greatest advice. You’ll email her one question, one line, and she’ll respond in four paragraphs. She’s the most thorough, amazing woman.”

Rancic was diagnosed with early stages of breast cancer last year, but has since undergone a double mastectomy and recovered within weeks. She’s currently held up at the Olympics in London and is expecting her first baby boy (through a surrogate) later this month. Let’s hope the baby doesn’t come to the world without Giuliana being there! Ha.

She tells UsWeekly: “The baby is due the end of August, and I wrap at the Olympics [in London] on August 11. So we are going to be on standby,” Giuliana explained on the Today show. We think it’s going to be okay. The doctor assured us. He thinks maybe even early September the baby will come.”