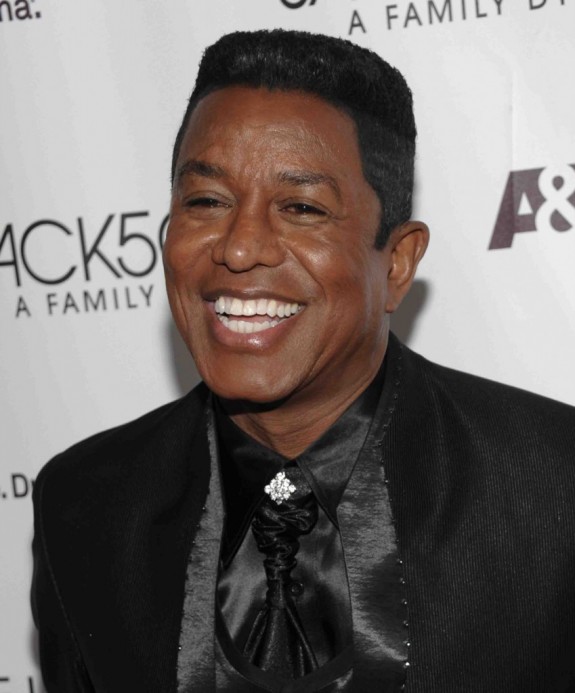 Jermaine Jackson has made it clear that is wanting to make up with his family after a bitter and brutal scene went down last week in Calabasas, when Paris, Prince and Blanket returned from summer school. The kids were greeted by their uncles and aunts, only to find out that they had come to collect their phones and take them to Arizona, where grandmother Katherine Jackson was taken “to rest by doctor’s orders”.

Jermaine played a massive part in moving Katherine to Arizona, in hopes that their plan to execute the estate controllers would be successful – which it hasn’t. In a recent interview, Jackson has now made it very clear, while also joining the bandwagon of his brother, Tito, that he longer wants to fight with his family.

“Irrational things have been said on both sides in a highly charged emotional environment,” he said in a statement to The AP. “It is time for us all to draw a line in the sand and move towards peace, co-operation, love and healing.”

He continued: “We simply worried that a call home would first entail, or lead to, conversations with individuals we are in dispute with and that would, therefore, increase pressure on Mother — and pressure was what a doctor said she didn’t need.”

The whole situation become so severe that TJ Jackson – son of Tito Jackson – stepped in to become the co-guardian to take care of the children until Katherine returned to LA. It has been confirmed that the judge has “urged” TJ to file for permanent guardianship of the children for their safety.

It seems that Jermaine has had a change of words when he said: “After much soul-searching, it is clearly time for us to live by Michael’s words about love not war.” This tends to show that Jermaine, who was one of the siblings battling to get their hands on their brother’s fortune, has now stepped down and no longer supports the decision on bashing the estate.