Madonna Does Not Like Daughter Lourdes Shaved Her Head 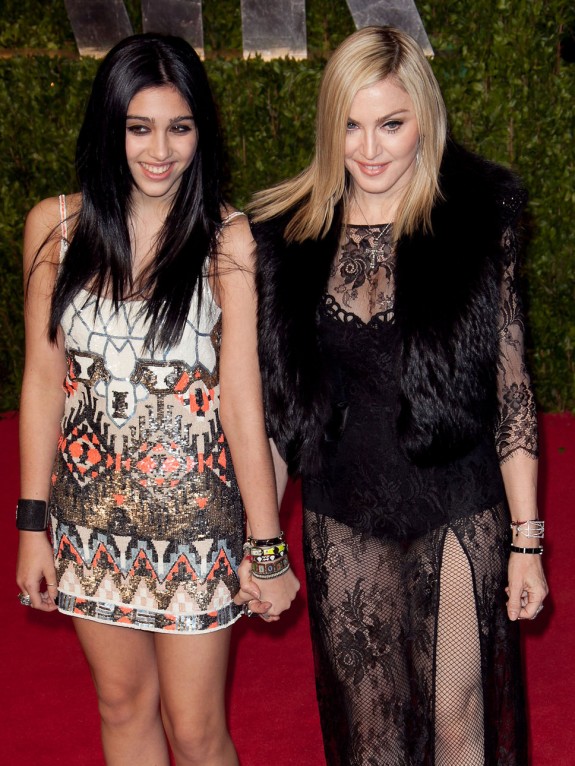 Madonna has said that she doesn’t like it when her daughter shaves her head. Lourdes was recently snapped in New York, which seemed to show a shaved side of her head – something that a lot of young girls have been doing, as they call it “the new trend” – but Madge doesn’t approve of it.

“My daughter has a very strong opinion and she knows what she likes. She has a good sense of style and I like the way she dresses. Sometimes we disagree on things. I don’t like that she shaves her head, but she likes it.”

The pop star, who is currently on her MDNA tour, doesn’t ban her daughter from shaving her head because she thinks that a woman is most beautiful when she comes to terms with the way she looks and what makes them look pretty. Madonna spoke to Marie Claire when she continued:

“I think what makes a woman most beautiful is if she’s proud of who she is and the way she looks, if she owns herself and doesn’t try to hide things or change things, or make something up that doesn’t exist or apologize for who she is or what she looks like.”