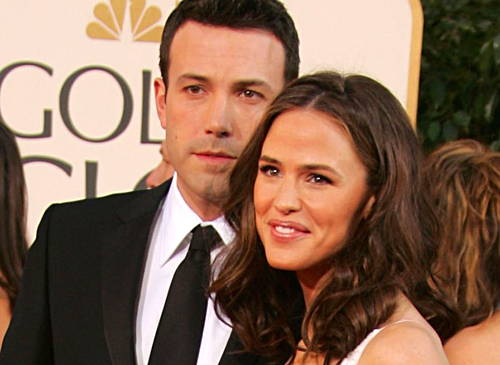 Jennifer Garner and Ben Affleck are definitely not holding back when it comes to having children. The two film stars already have three children, and now, it seems that there will be another baby on the way very, very soon as Jennifer says Ben wants another child.

Garner gave birth to their third child Samuel in February so it’s no surprise why she tells Extra that she’s not “anticipating having any more kids” despite what Ben wants. On top of that, she continued that three children has been very stressful for the two with their film projects in the way, it’s not easy to start a family – especially not with four children.

“I read somewhere that we were thinking of having another,” she said. “The fact that Ben wants another is true. You read things and I’m the first one to tell you, ‘That isn’t true’ – this one is. I can tell you that would be a pretty uphill battle with me. I am not anticipating having any more kids.”

Garner continued that she definitely underestimated the stress she will be under once they welcomed their third child: “I’m so happy,” she said. “It’s absolute chaos. I really did not realize how much more work three was going to be than two, and I’ve been a little overwhelmed. But he’s five months old and I think I’m coming out of a fog. At some point I’m going to have to email all my friends and say, ‘I really am still here!'”