Fame Hasn’t Changed Her: Lady Gaga Still Loves To Have Sex On The Beach Despite Her Public Figure 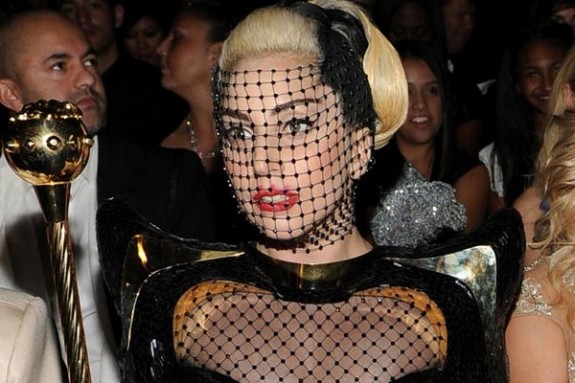 Pop star, Lady Gaga has told the latest issue of Vogue that despite her public figure around the world, the singer isn’t too scared to have sex on the beach and dancing topless in clubs, adding that her friends are very protective of her, making sure she’s not in an environment where people would take pictures and post them on social networks.

In the interview, Gaga continues that she always finds time to get into a bar and get beaten up by someone while dancing – blaming her irresponsible behavior for doing some of the things she does. She tells US Vogue: “[I like to] feel a little irresponsible and act like I’m 19. I’m a complete free spirit, so, even though you don’t see it, I still find time to have sex at night on the beach when no one’s around. Or roll into a bar and get f**ked up and dance with my top off.

It’s just that no one ever sees that, because I have great real friends who never let me do it when I would get caught.” The singer, who is currently dating on-again, off-again boyfriend Taylor Kinney, added that she often thinks that she lives in a fantasy world, where she forgets about the truth and focuses more on things that aren’t true as she prefers it that way: “I hate the truth so much that I would prefer a giant dose of bulls**t any day.”

Two weeks ago, Gaga showed her support to Robert Pattinson and Kristen Stewart after the news broke Kristen had cheated on the actor. Gaga tweeted her millions of followers her concern and adds that the press handle celebrity news very raw – not showing any signs of respect to the people that could be affected by the story. She tweeted:  “Geez this Kirstew Rob stuff is brutal. Makes me sad the way press acts. Hope they’re OK.”