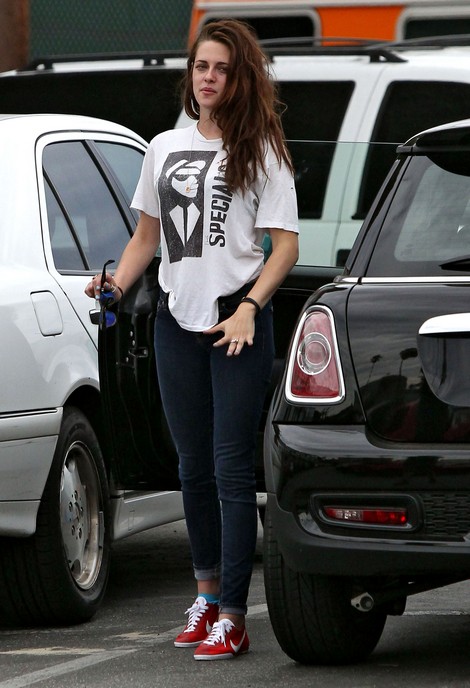 So if you have not heard yet that Twilight star Kristen Stewart cheated on Robert Pattinson with her Snow White and the Huntsmen director Rupert Sanders you must be hiding under a rock.

So far Kristen came out with a public apology but there has been nothing from Robert.  However, that is all about to end.  Robert is about to make his first TV appearance on The Daily Show with Jon Stewart.

Radaronline is reporting that, “Kristen Stewart has been biting her nails over what Robert will say.  While K-Stew, 22, doesn’t believe R-Pattz will trash her on the show, which airs on Monday, August 13, Kristen is concerned that she could fall foul of the host’s sharp tongue.  She’s praying she won’t be the butt of the jokes because she’s hurting enough as it is.

Kristen can calm herself, no one knows if Robert will even be talking about her cheating debacle.  The odds are he will not be, he is such a private person and he rarely discusses his person life.  In fact, I’m sure his people will get an iron clad agreement saying they won’t touch “the affair” with a 10-foot pole.

Rob is only doing the show because he’s promoting his current movie, Cosmopolis, but who cares about that?? Well, Rob does which is why he’s doing it. But who else??