Is Teresa Giudice Planning Divorce From Joe Giudice After An Infamous Phone Call? 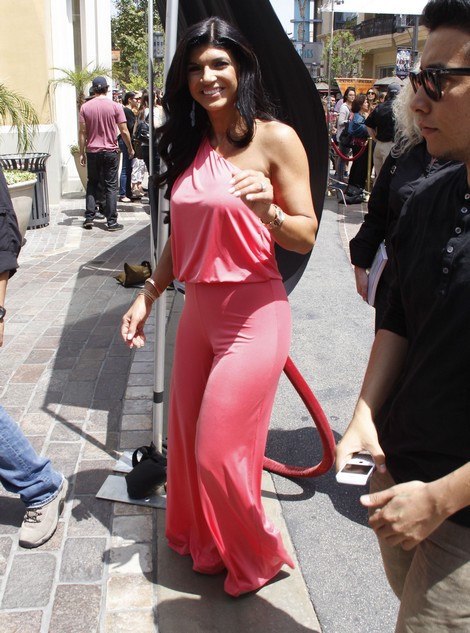 This Sunday’s episode of The Real Housewives of New Jersey promises to be a bit of a shocker. Teresa Giudice, the Unreal Housewife of Hell, will get into a fight with her husband Joe Giudice about a phone call that has been running rampant on the tabloids this weekend. According to a new People magazine report released on the 10th of August, it shows that Teresa has forgiven Joe for insulting her and calling another woman “baby”.

We shall attempt to refrain from stereotyping these people, but they remind us of that moment in high school when you placed birthday balloons in a tree and waited for your best friend called Joanie Crow to sing to you happy birthday with a cupcake and a single, sad freaking candle – Joanie never arrived and the school bully popped the balloons.

Allegedly, a source has come forward and gave an update on the couple after the phone call scandal was released to the world. The source says, “She and Joe are still together, and Teresa says they’re fine.” Jacqueline Laurita has released an official statement and explained that Teresa “always wants people to know that she is fine even though she is hiding heartbreak”. Reported by Celeb Dirty Laundry, this Sunday’s episode also sees Teresa spraining her ankle and her husband treating her like that school bully who popped our balloons. In one part of the episode, he also excuses himself during Caroline’s birthday party to take a “work” call. He answers the phone and says, “Hi baby.” He also continues on to call Teresa a “b*tch and a “c*nt”. Teresa asks him who he is talking to, but he gets super defensive and utters, “A worker, what the f*ck.”

A worker, ho Joe, really now? Is she a baby with pink feet and mittens on her hands?

Teresa has also been extremely quiet on Twitter about the clip. Bravo (the channel Real Housewives airs on) has also released the clip in full in order to inform viewers of it before it airs. Is this a brilliant marketing strategy by Bravo? Will the call result in a divorce? Is this “the most dramatic rose ceremony ever”? Oh, no, sorry, this isn’t The Bachelorette…

Joanie Crow was also cheated on by her boyfriend. He popped her balloons at her birthday party too… Perhaps Teresa should get a friend like Joanie?

Let us know in the comments below if you believe this story or if you think it has been fabricated by Bravo in order to lure viewers.