Jack Osbourne: ‘NBC Show I Was Fired From Will Probably Suck’ 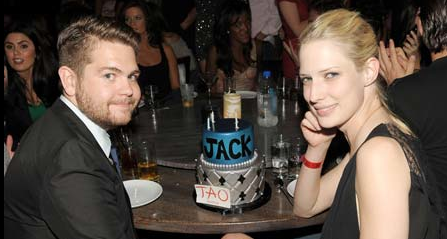 Bitter words, right? Jack Osbourne has lashed out publicly, just two weeks after his mother announced her departure from the network too. Now, to fill you in: Sharon Osbourne left America’s Got Talent after finding out that her son had been axed from the upcoming NBC show, Stars Earn Stripes, due to his multiple sclerosis condition, which network says was done due to his health – but added he was offered three other projects which he decided to turn down.

NBC’s statement read: “First, we have the deepest affection for Sharon Osbourne and consider her to be part of the NBC family. And our hearts go out to her, Ozzy, Jack and his family at this time. We hold medical information in strict confidence and therefore cannot comment specifically about Jack, but as a company that cares deeply about the health and safety of everyone on our shows – especially one like Stars Earn Stripes that requires dangerous water stunts, strenuous physical activity, and uses live ammunition – we required all potential participants to undergo medical vetting to ensure that they could safely participate.”

Continuing: “Although we did not ask Jack to participate in the competition, we were able to offer him two substantial alternative roles on the show, both of which he declined. This network does not discriminate on any basis.”

Jack has responded to the statement that NBC made. Whilst out and about in Los Angeles, he stopped at the TMZ cameraman to speak on his behalf and how he feels on being fired from the show. “You know, people make decisions,” he told TMZ. “I’ll just have to live with it. That’s all one can really say.” He then continued: “The bright side is the show will probably suck anyway.”

So, what do you think? Is Jack just being bitter about the whole situation because of his condition or does he have a point? Let us know!!