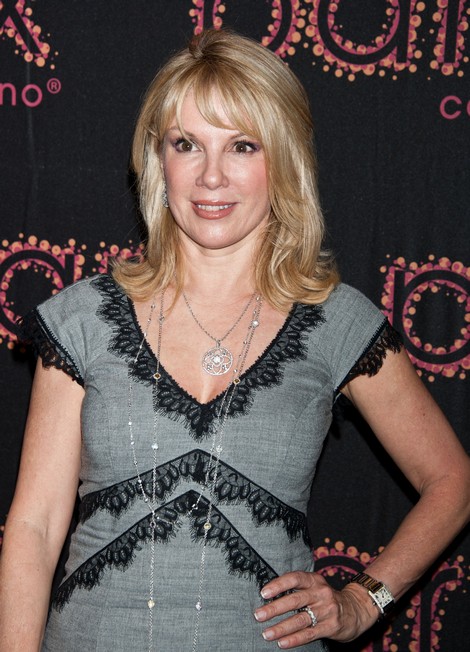 Last night’s episode of RHONY showed even more cracks in the (non) friendship between Ramona Singer and Heather Thomson.  The two have not gotten along since Ramona felt snubbed by Heather for not being invited on a girl’s trip to London.  They attempted to at least come to an understanding that if there was an issue between them, it would be addressed immediately.  Sonja Morgan had a photo shoot scheduled to help her branding and the whole project appeared to be in Heather’s hands.  She arranged for the crew etc. and held things together as Sonja completely fell apart.

She was late, ignorant and at one point announced that she needed to change her tampon.  After all was said and done Ramona was furious that she didn’t attend the shoot and Sonja put the blame squarely on a shocked Heather. Apparently the crew had all agreed no visitors to cause distractions on set and Sonja was in agreement with that decision. Heather walked Ramona right over to Sonja to confront her on the topic and Sonja hedged, making it clear that what she told Ramona wasn’t exactly the truth.

Ramona’s take on the situation, straight from her blog,  “The last thing I wanted was an altercation with Heather that night. Sonja had told me that she wasn’t being listened to at the photo shoot and wanted me there to make sure her voice was heard — and told me point-blank that Heather did not want me there. Heather and I had a conversation a few weeks prior that in the future she would communicate with me, so the London scenario wouldn’t be repeated. I was upset, as I felt she should have picked up the phone and said “Ramona you can be a pain in the ass, so I don’t want you on the set ” I felt Heather was being dishonest to me by not personally conveying I wasn’t allowed to be there.  Here I was having a major launch of my Ramona Red Wine at the Pierre Hotel, and now all this drama! At this point, after watching the episode, I’m thinking Sonja may be riding both sides of the fence with me and Heather.”

Do you agree that Sonja is trying to play both sides with the girls and it’s obviously beginning to blow up in her face?  I think Sonja is friends with whoever happens to be standing next to her.  Tell us your thoughts in the comments below!