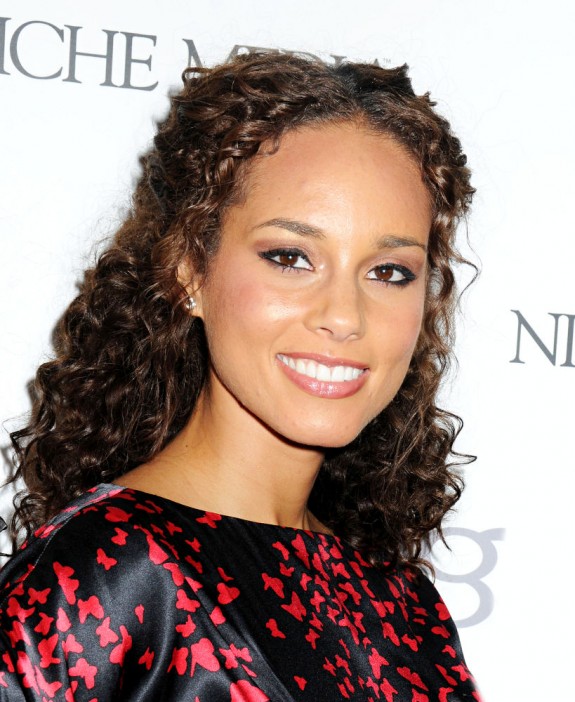 Alicia Keys has officially announced the title of her upcoming studio album. The singer took to her official website to post a message to her fans, who have been waiting eagerly on new music material ever since the musician released The Element of Freedom back in 2009 (which we must say is one of the best albums we’ve ever listened to) – including hits such as Empire State of Mind Part 2, Unthinkable and Try Sleeping With A Broken Heart.

Her next album has been title Girl on Fire, which she says is exactly how she feels right now: “I’m in the studio right now working away on my new album and I am SO excited!!! I’m ignited!!! I’m like a match to a flame! I’ve had the title of this album in my mind for a long time. It’s been hard to hold it back and now I’m not holding it back anymore! It is called Girl on Fire!!! And that’s exactly how I feel!!!

During her three-year break, Alicia had a baby and got married to her husband Swizz Beatz – producer of many hip-hop songs such as P. Diddy’s Hello Good Morning. Speaking of what the meaning of her new album title means, she says: “Girl on Fire is about new beginnings, new perspectives and fresh starts… stripping away all the bad energy in your life and taking full control of the reins and how you want to live.

We’re expecting a collaboration from her with Beyonce and Jay – two of her closest friends – without a doubt. Are you excited on the new album?!