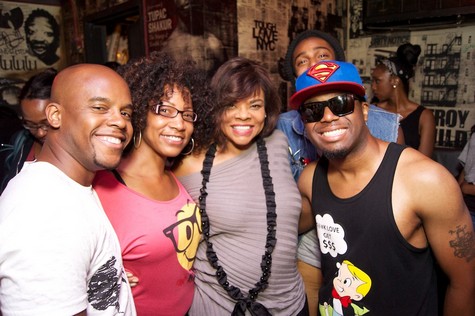 And speaking of Austin Brown, the “Backpack Kids” singer (who’s the son of Rebbie Jackson and managed by Jermaine Dupri) took the stage at Santos Party House after the ‘SPARKLE’ premiere to perform his single “Menage a Trois” at the BET Music Matters Showcase. Attendees such as Angela Simmons, BET music exec Kelly G and Sister 2 Sister’s Jamie Foster Brown were on hand to check out the emerging artist. For more on Austin Brown, visit www.austinbrown.com.