Jennifer Aniston Is Not Marrying Justin Theroux Without A Prenup 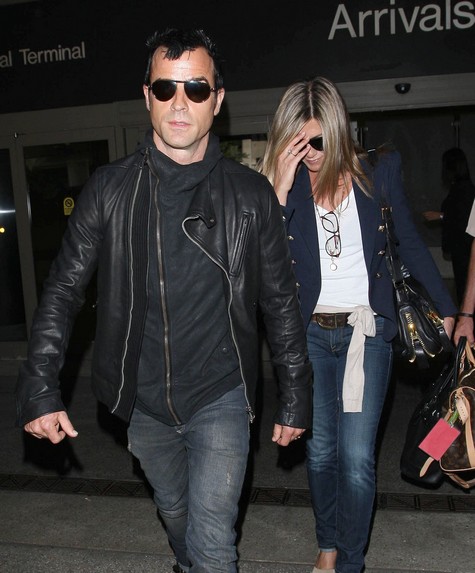 Jennifer Aniston gave her longtime boyfriend a great 41-year-old birthday present, Justin Theroux proposed and she said YES.  Justin proposed to Jennifer while visiting her on the set of her new movie in Wilmington, North Carolina.

Jennifer, 43,  who is worth more than 100 million dollars is reportedly demanding she get a prenup and has NO intention of marrying Justin unless he signs on the dotted line.

The Daily Star reports, “Jen’s thrilled to be getting married but she’s leaving nothing to chance. ‘She wants to make sure all her assets are protected, especially with her track record with men.”

Considering the fact that Jennifer has had a revolving door with the men coming and going, its probably a smart idea to get a prenup.

What do you think of Jennifer’s engagement?  Call me suspicious but why do I think it has something to do with that fact that her ex husband Brad Pitt and his fiance are rumored to be getting married any day now?  Hit the comments and let us know your thoughts!