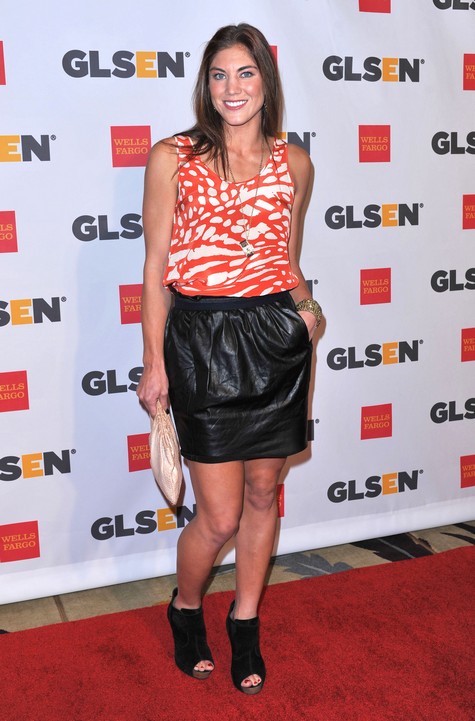 A year after her stint on Dancing With the Stars, Hope Solo is dropping some disturbing details of her partnership with Maks Chmerkovskiy.

The athlete claims in her new book, Solo: A Memoir of Hope that while trying to put her head into proper position during a training session, Maks smacked her in the face, hard.

Maks swears up and down that this incident never occurred and can’t imagine why the U.S. women’s soccer team goaltender would make such an allegation against him.  He tweeted on Thursday (in a thinly veiled reference to Hope):

“Always hated hypocrites and liars… but when someone is both AND an opportunist, I just feel bad for them. Can’t win at someone’s expense,”

The two both admit to sharing a tense partnership on DWTS and they openly clashed on camera on several occasions.  They later chalked it up to both being very driven athletes and how hard it was to not let that get in the way of their common goal.  According to Maks, he and Hope have had dinner on several occasions since the show and she even called to offer him tickets to the Olympics!

If he did actually slap her it certainly sounds like she let it go in terms of continuing a friendship with him, so why mention it in the book?  Is it just a way to make sure that the book does garner publicity so that it’ll sell better than it would have without a bit of controversy?

Do you think the incident happened at all?  Do you think Hope just let it go, knowing there would be a time and place to drop the bombshell?  Or is she lying all together, at Maks’ expense?  Tell us your thoughts in the comments below!