Rita Ora Had A Fling With Bruno Mars Before He Was Famous: ‘It Was Love At First Sight’ 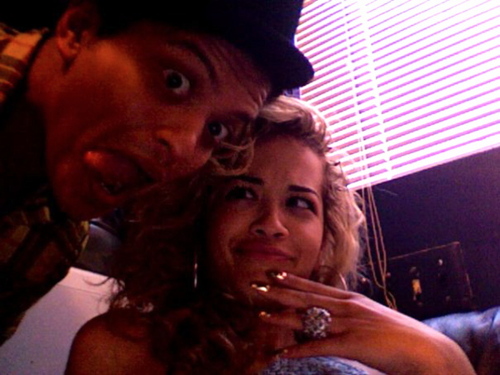 Rita Ora, Roc Nation’s newest artist – who has already been compared to Rihanna – has revealed that before her and Bruno Mars‘ career took off, they were a couple. The singer, who recently received her first number 1 in the UK with RIP told British tabloid newspaper, The Sun, she fell in love with Bruno the minute she set her eyes on him. Their relationship came to an end when Bruno became an overnight sensation with Just The Way You Are while Ora was working on her record.

“It was love at first sight, such a great experience. We met in 2009. I was 18 and starting out at Roc Nation. Bruno was unknown back then too,” Ora told German media, reports The Sun.

Rita who is now dating Kim Kardashian‘s brother, Rob Kardashian, continued that Mars didn’t have a lot of money and was writing songs for many artists, including herself. She adds that the relationship was great, but blames their work schedule for getting in their way of being together – because if the world had not reacted to Bruno’s music the way they did, the two would probably still be a couple.

“He was a struggling songwriter hired to write songs for me. I thought, ‘Wow, that’s just the world’s greatest guy!’.” she says. “Our time together was wonderful. But once we got famous, work got in the way. We ended it last year. But we remained close. And when we were together we were so happy.