Angelina Jolie Says ‘Not Yet’ on Getting Married Soon 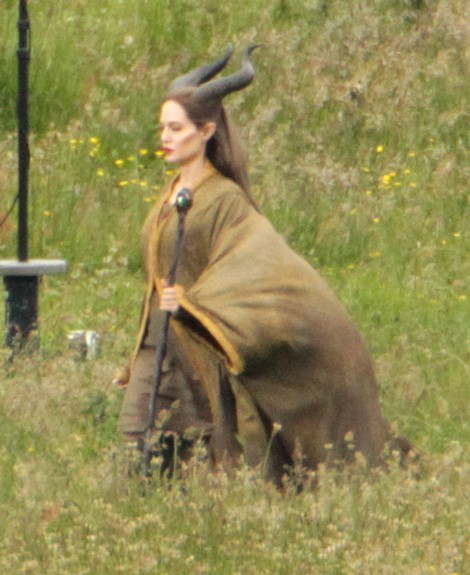 Wedding rumors have been swirling for Angelina Jolie and Brad Pitt since before they were engaged this past year. However the last two weekends were filled with more buzz about their secret nuptials set to take place in their French Chateau. Alas, we know now that didn’t happen, which is fine. I mean really, it’s hard to imagine they would so soon after the engagement, but I have been wrong numerous times.

According to Page Six the famous couple aren’t even in France, but on a Greece vacation. The source claims Jolie “laughed” at reports the wedding was happening soon.

“We’re told they were seen a week ago at a restaurant in Halkidiki, northern Greece.” A source tells us, “Angelina was in white, but she laughed and said ‘not yet’ when the restaurant owner asked if she was getting ready to be married. She also said, ‘We love Greece too much to leave…we have other islands to go to before heading back to France.”

The source added that Angelina, Brad and their kids were traveling on a super-yacht and had visited islands including Mykonos and hoped to visit Santorini. Guests in the local restaurant were stunned to see them, but were banned from taking photos. Other stars vacationing in Greece include Robert De Niro and John Travolta, who were seen admiring the Acropolis museum in Athens in early August and relaxing on a yacht. And Tom Hanks was seen taking a swim off the island of Antiparos.

Good for them and enjoying themselves after a summer filled with filming, Jolie for Malificent, Pitt for World War Z and The Counselor. No one should ever feel rushed into a wedding, especially if you’ve been together this long and six kids.

On a weirder note, months ago there were rumors going around that Jennifer Aniston and Justin Theroux were planning on eloping in Greece. I’m gonna take that as a coincidence, no reason to take it further.