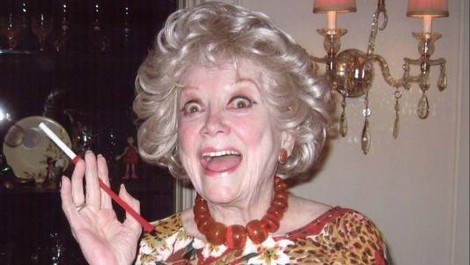 Iconic comedian Phyllis Dillar passed away this morning at 95.  Phylis paved the way for female comedians, there would be no Joan Rivers without Phyllis Diller.  Joan recently said, “broke the way for every woman comedian.”

Phyllis died at her home in Los Angeles surrounded by her family.  Her longtime manager, Milton Suchin, told The Associated Press, “She died peacefully in her sleep with a smile on her face.”

According to TMZ, “Diller had recently fallen, hurting her wrist and hip — but her rep says the injury had nothing to do with her death.  Diller suffered a heart attack in 1999 and was later fitted with a pacemaker.”