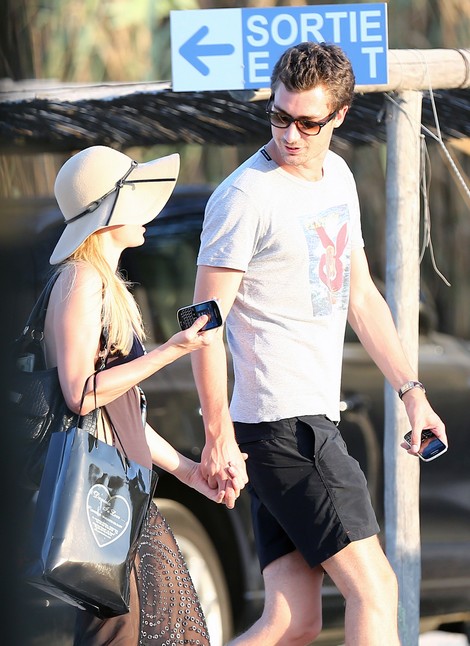 Socialite Paris Hilton was out and about in Saint Tropez, Franceon August 19, 2012 with her new boyfriend Frederic De Rotschild. The happy couple strolled the town holding hands while shopping and chatting.

Paris was seen spinning records at The Gotha Club in Cannes, France recently.  Paris wore a black and white tiger motif mini dress, black sunglasses and fingerless gloves for the gig.   This is not Paris first time DJing.

She said prior to her first DJing gig, “I cannot wait to DJ for the first time in front of thousands of people. I have been a part of the music scene and club scene since I was 15. It’s something I have been passionate about and have come to respect very much. I am very excited to share all of my hard work with the world.”