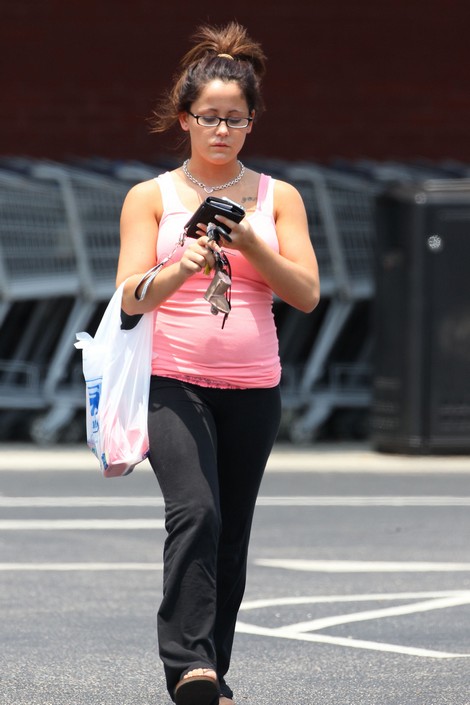 Oh here we go again, another Jenelle Evans scandal to start your week off with a bang.  The Teen Mom star is always tangled in some sort of drama and this time it’s more nude photos that have been leaked.  Back in March she posed for them to show off her new breast implants and as we all know, these things NEVER really stay private!  Ex boss Duffy is rumored to be the leak and Jenelle has said that he acquired the pics NOT because they were ever intimate, but because he stole them from her ex boyfriend, Kieffer Delp’s phone.

Duffy was apparently taunting Jenelle with the possibility of leaking them for awhile and when the photos hit the internet on Saturday, Jenelle quickly responded,   “Leave me the f**k alone, PLEASE. I hope u die. I’m so upset,”

Will this girl EVER just get it right or does she really have to learn every lesson the hard way?  In fact, this is the second time dirty photos of her have been leaked!  So this is one of those lessons that she’s learning a second time and it’s actually pretty simple: if you keep your clothes on in front of the camera then nothing embarrassing will surface later.

Obviously, it’s wrong and a total invasion of her privacy, but do you think by now Jenelle should know better? Do you think part of her enjoys the scandals because they keep her D-List relevant?  Tell us your thoughts in the comments below!