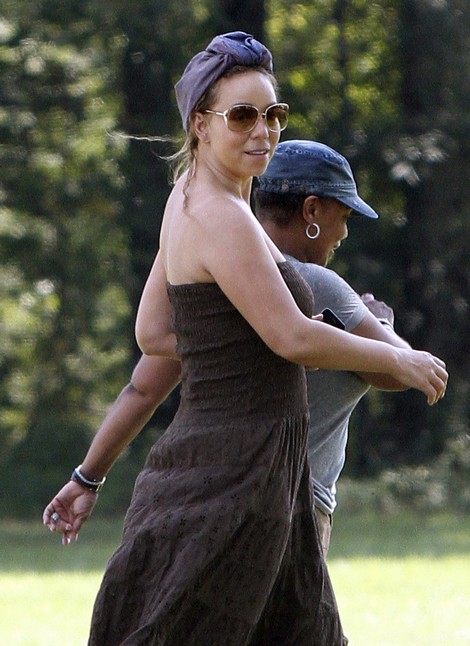 While 18 year old girls may love the idea of Nicki Minaj gracing the judges table on the upcoming season of American Idol, there’s one person absolutely fuming at even the notion- Mariah Carey!  She was the first to sign on the dotted line for the upcoming season and the only confirmed judge so far.  It’s rumored that she agreed to do the show under the belief that she would be the only female judge on this year’s panel.  Also, Nicki is 13 years younger than Mariah, which I’m sure adds a little extra dig to the situation.

It’s still not clear what Randy Jackson’s involvement in the show will be but there have been rumblings that he is choosing to step into more of a mentoring position rather than continuing to judge each week.  If that happens then a third seat will open up making room for yet another new face.

Show insiders are said to be more than a little worried.  If they hire Nicki then she’ll appeal to a much younger demographic but there will be huge problems with Mariah.  Also, they suspect two women on the panel will backfire and it truly is better to let Mariah be the only woman sitting up there.

Do you think Nicki Minaj is a good fit for American Idol?  Should producers bring her in despite the drama that it will cause with Mariah?  Should they stick with two male judges instead?  Tell us your thoughts in the comments below!