Nicki Minaj Rages At People On Twitter After Pulling Out Of V Festival Concert Due To Health: ‘Eat Sh*t And Die’ 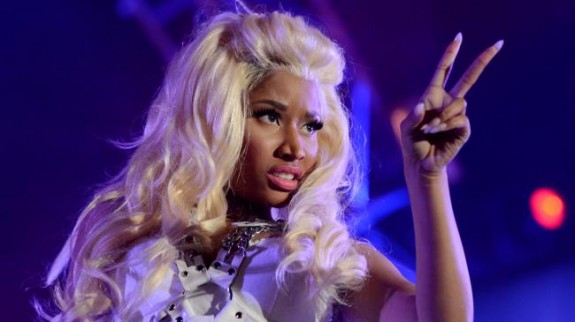 Call her what you want but there’s no denying that Nicki Minaj is one hard working woman. She’s halfway through her Pink Friday: Roman Reloaded world tour and had been scheduled to perform at the V Festival over the weekend to an audience of 50,000. However, her doctor had informed the singer a week earlier she need to rest her damaged vocals if she ever wants to sing again – she ignored the doctor the first time around and performed on the ‘TODAY’ show which made things even worse.

Her vocals were once again damaged from the performance, and therefore decided to pull the trigger to perform at the V Festival, in hopes that she can take a few days off before her show in Dublin takes place. But, who knew that she would get such backlash from people who follow her on Twitter? Minaj received vile tweets on her timeline and didn’t hold back when she addressed the issue that she was seriously ill.

“I will NOT let you people make me feel horrible for a f*cking HEALTH issue! That’s what got me in this mess! I shldve listened 2 the doctor!,” she tweeted on her official Twitter page.

“I am so thankful to my true fans who understand WHY I couldn’t play #VFestival & WHY I can’t play Dublin. Absolutely gutted However, if u have anything negative to say to me, please #EatSh*tAndDie – I am human. I was in jeopardy of losing my voice entirely and needing surgery on my vocal chord. If u can’t understand that, your mother’s a WHORE!!!!”

“I will NOT let you people make me feel horrible for a f*cking HEALTH issue! That’s what got me in this mess! I shldve listened 2 the doctor! Like people are hitting me telling me I shldve mimed. No! Then you woulda made a f*cking STORY out of that too! #killyaf*ckingself”

“My beloved United Kingdom, u know how much I f*cking love u! Ireland, I truly appreciate you. Barbz, thnku for the well wishes. All you do is rip people apart and when they’re dead & gone u won’t lose a wink of sleep. #goF*ckYourselves”

So maybe she didn’t phrase it in the nicest way possible, but hey – when you’re sick and see vicious comments for pulling out of a gig due to your health, wouldn’t you have reacted the same way? We wonder how American Idol producers will take this, seeing that the singer is joining the AI judging panel in January.