Olympic Champion Ryan Lochte Wants $750,000 to Be the Next Bachelor 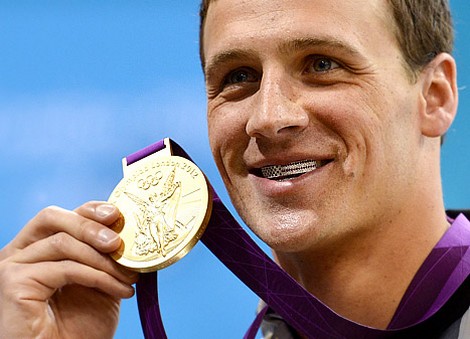 The offers and endorsement possibilities are beginning to roll in for Olympic Champion swimmer Ryan Lochte, but he has sights semi-set on becoming the next Bachelor.   Ryan has been pretty vocal about wanting the opportunity to do the reality show and his handlers have told the shows producers that just to even begin talks they’d have to offer to pay Ryan $750,000 for the season.  Chances are pretty good that during any negotiations the price tag would rise to a cool million dollars!

RadarOnline has more, “Ryan’s agents are getting besieged with offers and deals, everything from The Bachelor, his own reality show, and some overseas movies,” a source close to the situation tells us.  Ryan is acutely aware that he has to attach himself to the right projects and endorsements that won’t do damage to his all American image. As much as he’d like to do it, Ryan does have some reservations about The Bachelor because he wouldn’t have any control on how he is portrayed on the show,” the source adds.

Can you see Ryan actually starring as the next Bachelor?  Should ABC even consider dropping that much money on him?  Would the ratings be worth that kind of financial investment for the network or is Ryan’s team absolutely crazy to think that he’s worth that much money?

Should the swimmer dip his toes into the pool of reality television or just stick to sports and competing?  Would you like to see him cast as a future Bachelor?  Would you tune in to see him each week?  Tell us your thoughts in the comments below!