‘She Tells Me To Stop Skipping Down The Street’: Geri Halliwell Says She Embarrasses Her Daughter On A Regular Basis 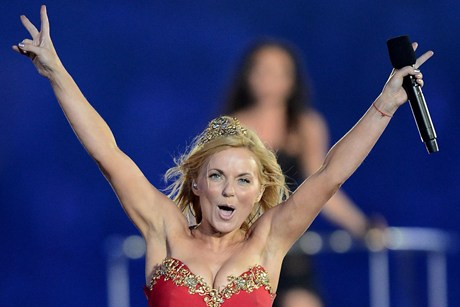 Geri Halliwell embarrasses her daughter? Say it ain’t so! Ha. The former Spice Girls starlet has admitted that she puts her youngster in an awkward position on a regular basis but continues that despite her 6-year old daughter Bluebell Madonna being embarrassed of mommy, Geri thinks she’s turned out to become a lovely girl who makes her own decisions.

“With my daughter, it’s like Ab Fab – she’s the sensible one. She tells me to stop skipping down the street. She says, ‘Mummy, stop it. You’re embarrassing me’,” Halliwell told Hello magazine.  “I know everyone is proud of their child, but she really is lovely and I’m blessed. It’s like growing a plant – when it starts to flower you’re like, ‘Wow! I helped to cultivate that personality’. ‘I try to allow her to be who she is rather than impose what I think she should be.”

The singer recently discussed the outstanding performance she and the other four girls of the Spice Girls did at the Olympics closing ceremony. It also happened to be her birthday when they were rehearsing their routine, which she explains: “The girls were very sweet and made me feel special. There was a cake, lovely presents – an elegant, pretty necklace – and singing of course.

“No matter what’s happened in the past, we love and accept each other. I always laugh most when I’m around them.”