Who Is Vanessa Paradis’ Latest Man Candy? You Wouldn’t Believe It! 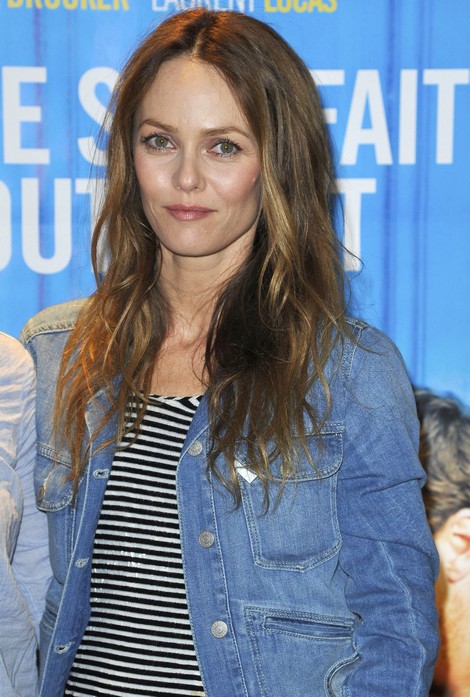 Vanessa Paradis is chilling in the Cote d’Azur on the yacht that Johnny Depp bought her in 2007. The yacht has been changed, refitted and “renamed after the first two letters of each of the family’s names – VAJOLIROJA – VAnessa JOhnny LIly ROse (and) Jack.” Is this not the most idyllic idea ever? We should so do that some day!

The yacht is usually moored in Golfe-Juan and Johnny’s onboard crew wears skull and crossbones t-shirts, like the crew from Pirates of the Caribbean? The yacht has been chartered out once a week, for the past couple of months, but Vanessa, her mother Corrine, her sister Alison and the Paradis-Depp kids are staying on board for the yacht’s latest holiday voyage to Saint-Tropez.

This is all fine and happy like Sound of Music, but what makes this trip extra special is that a new love interest of Paradis is joining on the little low-key trip. His name is John Nollet and he and Paradis have been getting kinkier than a cupcake at a cake bake. They kissed one another goodbye on both cheeks after dinner in Paris last week and he was seen with Vanessa at a 2009 charity fashion dinner for AIDS in Paris also.

Oh wait, we think we just jumped the gun of rumours right here. It would be headline news if it were not that John Nollet is gay and proud. Okay, he isn’t the man of her dreams then, perhaps the best friend of her dreams?

There are rumours that Paradis is indeed seeing someone new – who that man is, not even the Universe knows. We shall keep you updated!