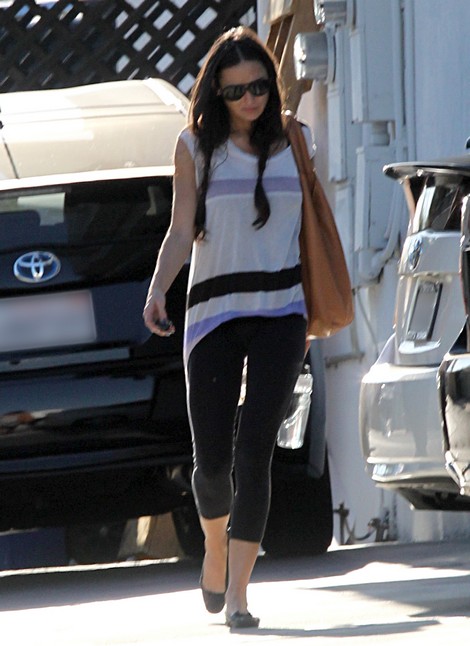 Mila Kunis has been dating Ashton Kutcher for sometime and Demi Moore has been cursed with that deadly combination of jealousy and paranoia that so often follows an ugly breakup.   Now to make matters worse poor Demi called Ashton to have some private time and who picked up the phone but gasp…..Mila!

Now Daily has the exclusive on the story: “After an awkward few moments, Mila told Demi she was sorry about how public her relationship with Ashton had become. ‘She said she respected Demi and never wanted any hard feelings. ‘She added that nothing was going on while Demi and Ashton were married, but things have got serious between them in recent weeks. ‘She’s practically moved in with him.”

Demi has been rumored to be seeing a new man, New Zealand actor Martin Henderson.  However, she still misses Ashton and the phone call really hurt her.  I doubt that Mila and Demi will become friends anytime soon!